Forty years ago, all the sci-fi movies and cartoons had laser weapons on everything from Helicopters to battleships to space craft. But the fact is that the weight of the weapons and the amount of power they needed made that impossible. Fast forward 40 years and now our military engineers and designers have started doing the impossible. In fact, The United States Special Operations Command has just completed preliminary testing of a new high-energy laser mounted on an AH-64 Apache attack helicopter 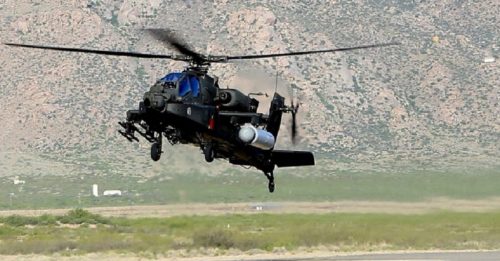 The AH-64 is already acknowledged as one of the most deadly war weapons ever developed and the addition of a new type laser only increases that reputation. This marks the first time such a weapon has been deployed aboard any rotary-wing aircraft. According to a press release from defense company Raytheon, the test was a complete success, “providing solid experimental evidence for the feasibility of high resolution, multi-band targeting sensor performance and beam propagation supportive of High Energy Laser capability for the rotary-wing attack mission.”

The Raytheon vice president of Advanced Concept and Technologies for Space and Airborne Systems, Art Morrish said in a statement: “This data collection shows we’re on the right track. By combining combat proven sensors, like the MTS, with multiple laser technologies, we can bring this capability to the battlefield sooner rather than later,”

The Apache used a HEL (High Energy Laser) mated to a modified version of Raytheon’s Multi-Spectral Targeting System (MSTS), which uses both electro-optical and infrared sensors, against a number of test targets. The data from this test will be used to future HEL systems to address unique challenges that stem from their installation on rotary-wing aircraft, including the effects of vibration, down-wash, and dust.

Prior to this test, the Apache has had only low-power targeting system lasers used to guide AGM-114 Hellfire air-to-ground missiles. The new HEL system will have the ability to destroy targets both in the air and on the ground. The new system is also being tested by the Army for installation on the Heavy Expanded Mobility Tactical Truck and also on the Stryker. An Army release noted that in both tests, the lasers downed a number of unmanned aerial vehicles. The Navy also has a laser on board the USS Ponce (AFSB(I) 15, formerly LPD 15), which is currently operating in the Persian Gulf. 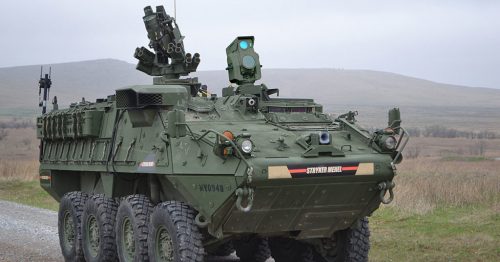 Military officials said that lasers offer a number of advantages over artillery and missiles. They are faster to bring online, invisible, and the destructive power of the weapon can be adjusted to handle a specific material, like steel plating or Kevlar. HELs can even be set for non-lethal effects on people.