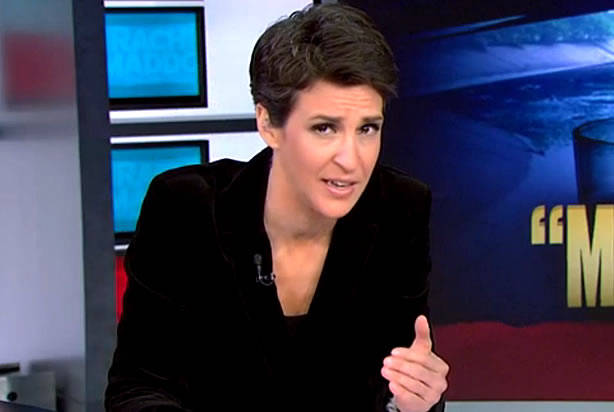 It’s no secret that from her time as a host on Air America, the liberals answer to Rush Limbaugh, through her time at PMSDNC that Rachel Madcow is dedicated to the absurd a lot and the truth not so much.  This week, her comments on the passing of the architect of Fox News, Roger Ailes, were to say the least shocking.

We always expect the leftists to mock dead conservatives, but that did not happen this time.  Maddow was very respectful and called Ailes a friend and mentor.  She also credited him with transforming cable news that has benefited all cable news channels.

MSNBC’s Rachel Maddow spoke to Access Hollywood about the death of Roger Ailes, where she said it was a “shock” for her because she considered the former Fox News chairman as a “friend” and a “mentor” to her.

Speaking with Natalie Morales and Kit Hoover, Maddow said that she had a “collegial friendship” with Ailes ever since she asked him to review her performances on TV. Maddow acknowledged that Ailes’ sexual harassment scandals were a “huge deal”, but she went on to say that it was undeniable that Ailes had a major impact on the cable news business before he was fired from his network.

“The reason that he left is dire stuff,” Maddow said. “But this corner of the news business, I think it’s worth noting, really, was created by Ailes….All of us [in cable news] had something to do with him because he was formative.”

Maddow went on to talk about several interactions she had with Ailes throughout his life, particularly those where she sought his advice about how to improve her on-air presence. Maddow did eventually come back to Fox News, where she talked about how Ailes’ departure preceded other sexual harassment troubles within the network.