A lot of keyboard warriors are quick to state their First Amendment rights whenever their right to express their thoughts and opinions are being suppressed. While it’s true that anyone in the USA can speak freely about what they feel, it also follows that whatever they’re expressing shouldn’t impede with the rights of others.

Case in point: a family getting harassed by the school because of a few notes the mother writes in her son’s lunch.

Back in June, a California elementary school was accused of violating the First Amendment rights of a 7-year-old boy.

The details of this story are truly bizarre and slightly disturbing. It all started when mom Christine Zavala sent notes to her son, included with his lunch bag at school.

The boy would regularly read those verses aloud to his friends. The other kids loved them so much that they actually started asking for their own verses.

That’s when the trouble really started.

Zavala started providing additional verses for her son’s friends, along with Biblical stories to illustrate the messages. One little girl in the class showed her teacher, who immediately felt it was a breach of the church and state separation that’s supposed to be present in public schools.

The teacher gave Zavala’s son some strict rules about when and where he could read and distribute the Bible verses.

The notes were banned from the lunchroom, and he was told that he could only read or hand out the verses at the school gate, after the closing bell had rung.

But that didn’t stop Zavala or her son. They complied, of course, but the kids were still interested in the verses.

According to reports, at least 15 students per day showed up at the gates to get the Bible verses, still curious about what they had to say.

The popularity of the activity concerned the school even more.

Principal Melanie Pagliaro demanded that the boy and the other students only discuss verses off of school property completely. The family complied without a fight.

Then, the unthinkable happened.

A police officer actually showed up at the Zavala’s house, to tell the boy to stop sharing the notes, because “someone might be offended.” The family then sought legal help, now certain that his First Amendment rights were being violated. 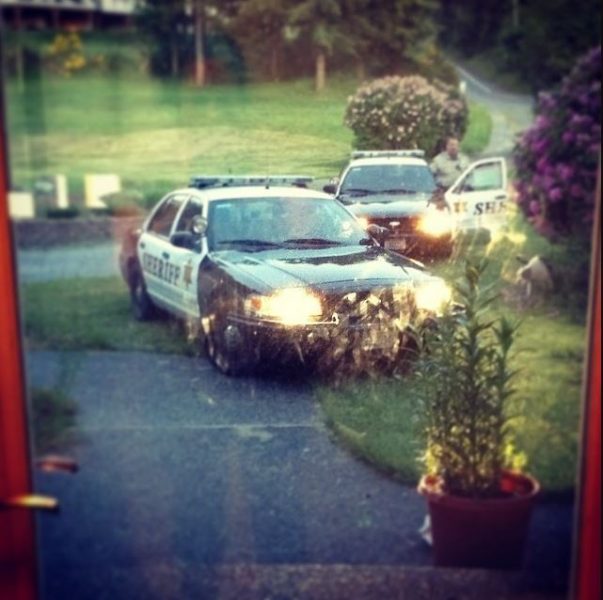 An attorney for the family expressed his horror at the entire situation in a statement.

“I would expect something like this to happen in Communist Romania, where I went to elementary school,” he said. “But cops don’t bully 7-year-olds who want to talk about Jesus in the Land of the Free.”