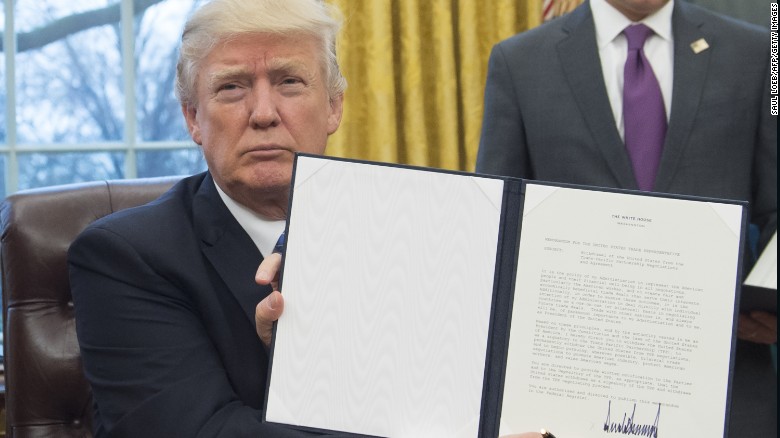 Today, President Trump, (I never get tired of saying that) took another chunk out of former president Obama’s legacy by reversing the Obama-era immigration program which gave safe haven to the Illegal parents of U.S. citizens and legal residents. The program protected them from deportation as a part of the so-called dreamer act, but now President Trump has formally canceled it according to the Homeland Security Department. This was yet another act designed to fulfill another key campaign promise from President Trump.

Homeland Security’s John Kelly announced that the revocation of the policy from the memo that created the Deferred Action for Parents of Americans program. The action came on the fifth anniversary of yet another effort that has protected hundreds of thousands of young immigrants from deportation. President Obama announced the program to protect parents back in November 2014 but it was never fully launched because it was blocked by a Texas federal court.

President Obama planned on using it to keep the illegal parents safe from deportation and provide them with a renewable work permit good for two years. But the Attorneys Generals of 26 states filed suit to block the effort by Obama and a federal judge in Texas issued a permanent restraining order finding in favor of the states and ruling the program illegal. Republicans had fought the effort, calling it “backdoor amnesty” and argued that Obama overstepped his authority by protecting a specific class of illegal immigrants living in the United States.

The protection program for illegal parents, like the one for young illegals, was created with a policy memo during the Obama administration. Both programs required that participants meet certain conditions, including not having a criminal history. As part of the expansion to protect illegal parents living in the United States, the administration also attempted to provide the young illegals with work permits good for three years at a time. That provision was also blocked by the same judge in his ruling.

President Trump, had pledged to “immediately” cancel both efforts as a part of his campaign effort. As yet, President Trump has not said what he plans to do about the Deferred Action for Childhood Arrivals program, or Dreamers, but so far most illegals that are protected by that program have not been targeted by stepped-up efforts to find and deport illegals living in the U.S. According to official government statistics, as of March 31, there were about 787,000 young illegals that have been approved for the Deferred Action for Childhood Arrivals program.

Since the election of Mr. Trump, the arrests of illegals, especially in the interior states, have shown a major increase. In addition, deportations of illegals are down, mostly because fewer illegals have been caught crossing the Mexican border into the United States. True to his word, President Trump has made enforcement against illegals a top priority and has vowed to continue the crackdown on those living in the U.S. illegally including those trying to sneak into the country.

Reuters reported that Trump previously said that his administration was considering different options. In January, President Trump came under fire from supporters after he told ABC News, “They (illegals), shouldn’t be very worried,” referring to DACA recipients. “I do have a big heart.”