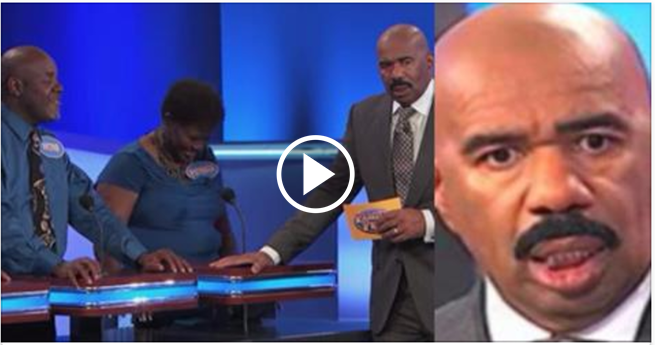 In the show called “Family Feud”, the host, Steve Harvey, became speechless after hearing a risqué answer from a contestant.

This may be considered as one of the worst answers on the show. The Johnson family were chosen to go on the show, but Wenda and Vincent have lost their son who died in a motorcycle accident soon after which resulted for the cancellation of their trip. But producers of the show remembered the Johnsons and called them back to film in Atlanta.

During the show, the contestant was asked this question:

“Name something that gets hard when it gets cold.” The contestant, whose name is Victor, according to his badge, replied: “I think it might be the Johnson.”

Harvey simply shook his head, according to Yahoo! TV. Harvey has taken quite a long pause, then he asked:

“Did you say THE Johnson?”

It was really amusing answering with a popular euphemism for penis, but not very accurate. The irony is, when exposed to cold, the “Johnson” tends to shrink, as memorably expressed in an episode of the show “Seinfeld.”

When Harvey consulted the survey board, it is not surprising that it responded with a big “X”, indicating that none of the people surveyed agreed with Victor’s chosen answer. However, it turns out that there’s irony in Victor’s answer, considering that his last name is actually Johnson.

“It was just fun, fun, fun, fun — the beginning to the end,” Victor’s mother, Patricia, said of the experience. “Steve has twin daughters,” she explained. “And Vincent and Victor are twins. And Wenda is a twin. So that was a thing that was going on for a minute while we were on there — talking about three sets of twins.”