A man has been arrested in Palatine, a northwest suburb of Chicago, after attempting to use his cell phone to film a minor while she was changing in a Target dressing room.

A girl told authorities that she was in a Target fitting room March 26 when she looked down and noticed a man’s hand holding cell phone under the door. According to reports from WBBM, the girl screamed and the voyeur ran away. Police say that any identifying information about the girl, including her exact age, has not been released because she is a minor.

Target has released a statement on the incident, saying that the company is committed to providing customers a safe shopping experience:

At Target, our guests are at the center of everything we do and our commitment to creating a safe and secure shopping environment in our stores is unwavering. As a part this commitment to safety, we have robust procedures, policies and trainings in place to ensure that our stores are safe places to shop and work. As soon as this incident was brought to our attention, we immediately partnered with local law enforcement.

Police are now asking the public for help in identifying the man, who was captured on the store’s video surveillance system. The Daily Herald reports that the man was wearing a black baseball hat with the word “Bauer” in bold, yellow lettering on the front.

In 2015, a Palatine YMCA janitor was arrested for recording minors changing in the girls’ locker room, the Chicago Tribune reported. Elizur Gomez, 34, was arrested on two counts of unauthorized video recording after two minors noticed him recording them with his cell phone while they were changing.

The two girls were changing out of their swimsuits after a swim meet when they noticed that Gomez was inside the locker room. One girl told the 34-year-old to leave, saying that the room was still in use. Gomez briefly left but then returned with his cell phone, hiding in a changing stall to surreptitiously film the girls.

The minors noticed the cell phone and immediately ran out of the room, informing their parents and YMCA staff of the incident. YMCA officials contacted the police, who arrived on scene and promptly arrested Gomez. The janitor confessed his intent to record the minors.

In a statement, YMCA said that Gomez was fired as a result of the incident.

“Any contractor in our building is provided with and required to abide by our rigorous code of conduct,” the statement read, in part. “We insisted that the suspect be dismissed immediately for his inappropriate behavior, even while the investigation was underway.” 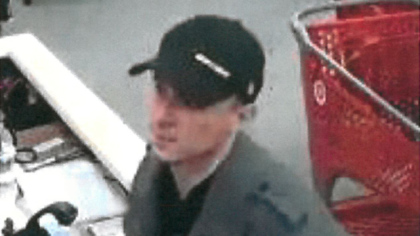