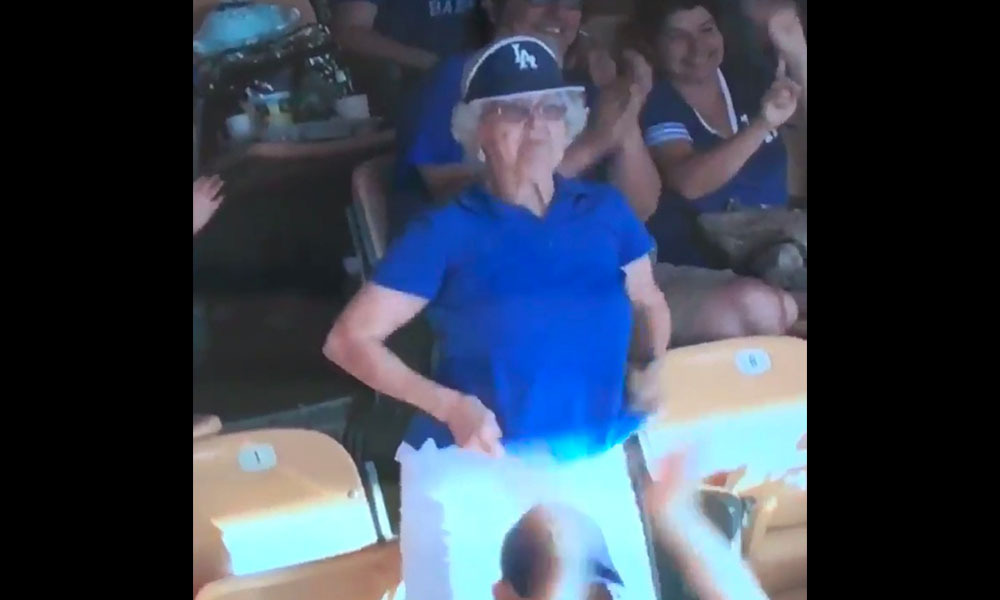 A grandma is now making rounds on the internet as she was shown dancing on the video board between innings at Dodger Stadium proceeded to flash the crowd.

The white-haired woman wearing a Dodgers visor had been shown on the videoboard earlier in the game but has something exciting for everyone later on.

Her fellow Dodger fans cheered her daring dance moves and perhaps emboldened by their cheers, the smiling woman quickly lifted her blue shirt, revealing a white bra underneath in the seventh inning on Saturday night.

Although the camera quickly cut away, it wasn’t done in time. There was a collective gasp and different reactions from the crowd of 45,225, many of whom started laughing in cho.

The crew who were working the stadium video room, where the camera shots are handled, broke out in laughter together with the rest of the fans.

THIS GRANDMOTHER AT THIS DODGERS GAME HAS ME ON THE FLOOR (watch till end) pic.twitter.com/nBOEBulie8