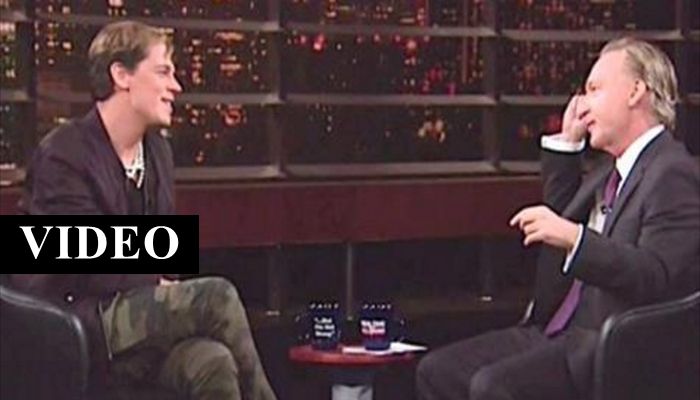 Yep, it really happened. Bill Maher interviewed Milo Yiannopoulos tonight and it was far more cordial than you might have expected.

Maher said at the start he wanted to approach this discussion with an open mind and focus more on what they agree on than what he finds him to be “colossally wrong” about. At one point he asked how liberals are scared of “this little impish British fag.”

They both agreed that liberals need to stop “taking the bait”––Yiannopoulos took a shot at Jeremy Scahill for bowing out of the show at one point––and Maher said he has no problem with some of Yiannopoulos’ humor, but he did say he has an issue with him singling out certain people to attack.

This was after Yiannopoulos took shots at both Lena Dunham and Amy Schumer. And Maher confronted him about the time he trolled Leslie Jones over Ghostbusters.

There was also a moment when Maher read out past comments Joan Rivers made in order to prove a point to his audience about their reactions to the things Yiannopoulos says.

Watch the full interview below, via HBO.