A St. Louis police sergeant was shot in the face Sunday night when a driver pulled up beside him near Hampton and Pernod avenues and opened fire.

“He was targeted because he was a police officer,” Mayor Francis Slay said at a press conference at Barnes Jewish Hospital. “He didn’t stop anybody. He didn’t point a gun at anybody. All of us as a community have to do what we can to help find this guy.”

Police said the sergeant, 46, a 20-year veteran of the department, was shot twice, was conscious, was in serious condition but was expected to live.

The shooting in St. Louis comes on the same day that a police officer in San Antonio was shot to death while writing a ticket.

When police arrived at the shooting scene in St. Louis, the sergeant was sitting in his SUV, his seat belt was fastened and his gun was holstered. “He didn’t have time to react to this threat,” said Police Chief Sam Dotson. 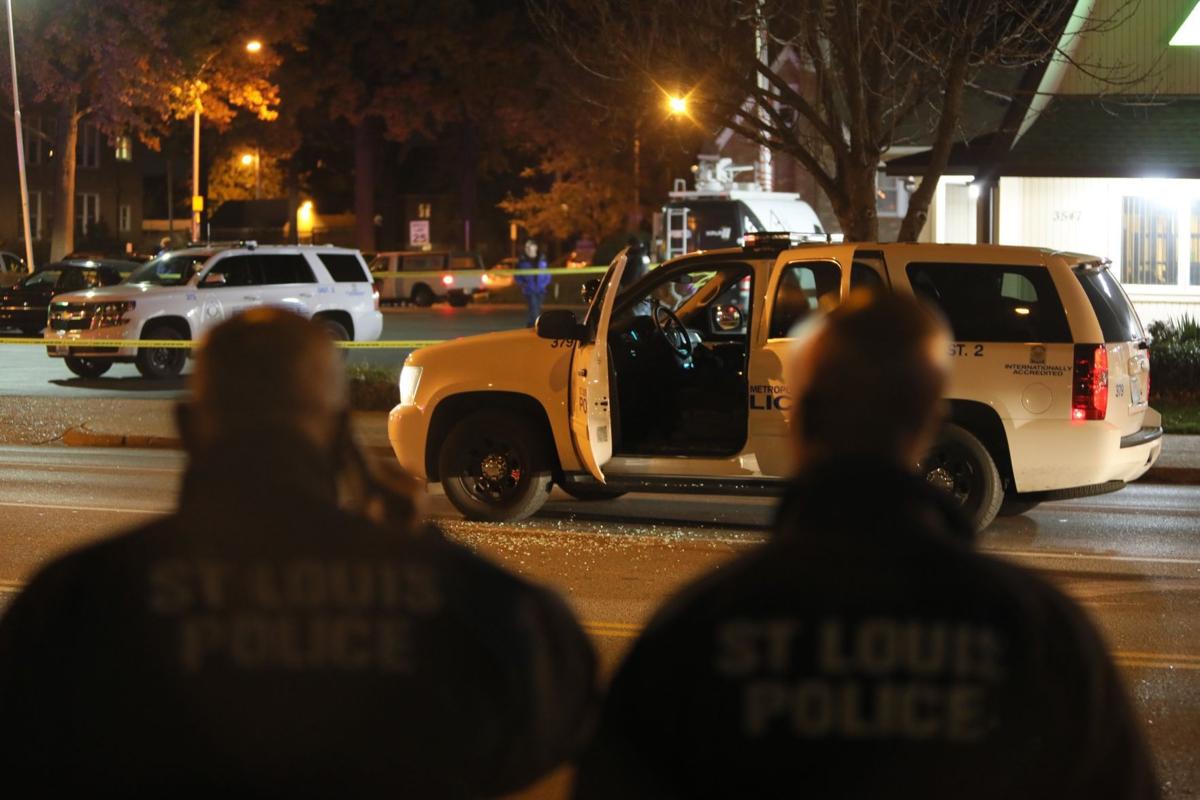 The car police are searching for in the police shooting matches the description of a car taken in a carjacking yesterday in Affton, a source said.

A source told the Post-Dispatch that the sergeant said a car pulled up beside his SUV, and the officer thought the driver was going to ask him a question. Instead, the person in the car fired at the officer.

The sergeant did not get a good look at the shooter.

“The officer says he saw the muzzle flashes and felt the glass breaking in his window as the shots came through and struck him in the head,” Dotson said.

When other police arrived at the scene, the sergeant’s SUV was in the left lane on Hampton facing north. Shattered glass from the driver’s side window could be seen on the street.

The officer has three children. Dotson said the officer wasn’t able to provide any information about the shooter, but police were looking for a silver vehicle that may have gone east on Pernod.

“Fortunately, and for the blessing of God, the officer is going to survive tonight,” said Dotson. “But he was shot twice in the head, twice in the face.”

He, too, asked for the help from the public.

The site of the shooting was by St. Joan of Arc School and a half block north of the St. Louis Police Officers Association Union Hall.

“This officer was driving down the road and was ambushed by an individual who pointed a gun at him from inside of his car and shot out the police officer’s window,” Dotson said. “This just shows the dangers of policing, not only here in St. Louis but around the country.”

All officers are patrolling two officers to a car, he said.

The San Antonio officer was shot to death in his squad car Sunday outside police headquarters by another driver who pulled up from behind, authorities said.

McManus said the shooter had not been apprehended Sunday night. He said he doesn’t believe the man has any relationship to the original motorist who was pulled over, and no motive has been identified.

“We consider this suspect to be extremely dangerous and a clear threat to law enforcement officers and the public,” said McManus, who added that after the shooting officers had been instructed to not make traffic stops alone.

McManus said Marconi had pulled over a vehicle and while he was inside his squad car writing a ticket, a car pulled up behind him. The driver of that car got out, walked up to the officer’s window and shot Marconi twice in the head, walked back to his car and drove away.

Marconi was pronounced dead at a hospital.