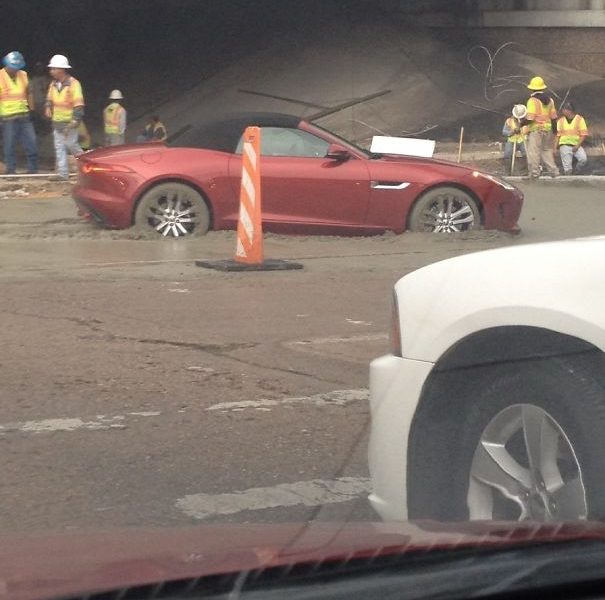 We all know that karma can be a bitch.  It can also be hilarious when it happens to someone else.  But either way, karma is usually well deserved.  This article gives examples of 15 times that karma has reared it’s ugly head.

However, Merriam-Webster has two definitions for karma:

a characteristic emanation, aura, or spirit that infuses or vitalizes someone or something

1) That’s What You Get For Stealing

Imagine going to grab the ice cream you’ve been excited to eat all day only to find out someone stole it from you? That’s SO mean! Haha, now you have diarrhea thief!

They used water cannons to try and rain on their parade but instead created glorious rainbows, which is the symbol for Pride. They must not have gotten the memo on how hate ALWAYS fails.

3) When You Hit and Run But Aren’t Running Far

Sir, I think you forgot your license plate. In my car… when you hit it… and didn’t have the decency to stop and leave a note. Enjoy explaining this to the cops!

4) When You Mistake Someone’s Kindness For Weakness and Karma’s Like… “Nah.”

Dude bummed a ride and a cigarette and decided he was going the rob the person who paid him a kindness. BAD IDEA!

Good luck on that job interview tough guy… you’re going to need it.

That’s what you get for messing around and trying to be cute.

7) When the Beach Has Got Your Back

The person who took this photo was almost intentionally knocked off his kayak by these goons. When he returned from being out on the water these idiots were S.O.L with their car stuck in the sand. HA!

But karma doesn’t think so and now your new Jaguar is stuck cement.

9) When Your Parking Space Defends Your Honor

Someone parked in this person’s designated space and karma wasn’t having it.

Now this person’s parents and potentially her employer know what a crappy human being she is.

That’s what happens when you can’t play nice.

How does that floor taste?

It usually just ends up hitting you right in the face.

15) When You Try to Son Someone and You Son Yourself