Have you ever ordered food from a restaurant and received more than you bargained for? Most of us may have experienced a hair in our salad or possibly even a rubber band that got lost during the initial preparation. Most of us, however, haven’t ever found a dead animal, besides what we order, but one lady who was enjoying her salad found a dead frog. Naturally, she had to share it with social media.

According to Cooking Panda:

Shawna Cepeda, a 40-year-old from San Dimas, California, told The San Gabriel Valley Tribune that she was eating a salad at the West Covina location with her family in mid-June when she spotted a very unwelcome off-the-menu addition to her greens.

“I see something kind of rolled up,” Cepeda, who had been taking her family to the restaurant a couple times each month, told The Tribune. “I was like, ‘this doesn’t look right,’ so I passed it to my husband. I asked, ‘Is that a piece of lettuce?’ Then he looked and my daughter looked at it and he was like, ‘it’s a frickin’ frog.'”
Yep, that’s right: a frog. And to make matters worse, Cepeda had already eaten around four bites of the salad that she said in a Yelp review tasted “a little different” than usual. 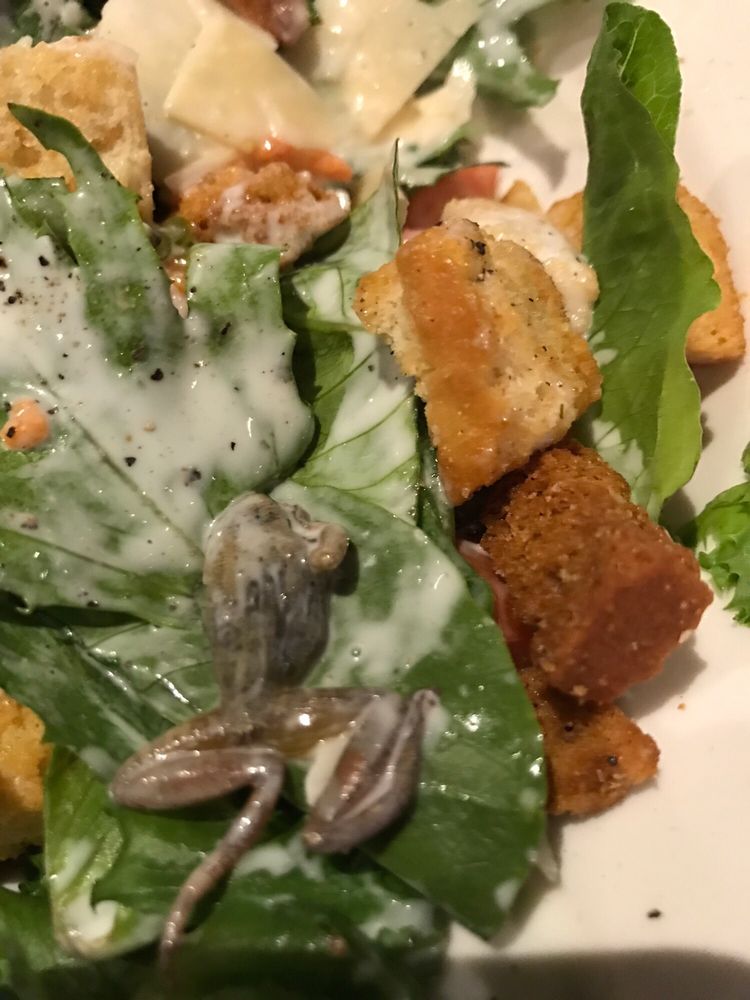 “I thought maybe the ranch dressing was a little bitter and after mixing the salad around some more I found a dead baby frog,” reads the nauseating review. “Yes I said FROG! I’ve never experienced anything in my life like that.” 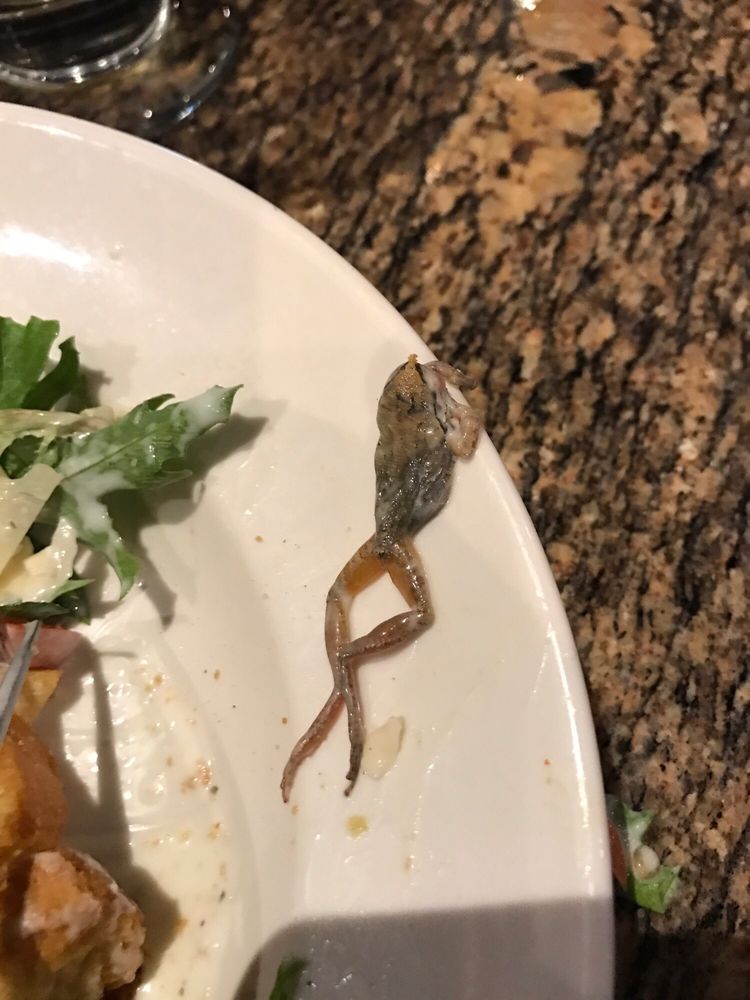 Once the manager got wind of the gaffe, Cepeda said he offered to comp their meal, but they just wanted to leave. He still made them pay for their three beers, and restaurant staff did not notify any customers of the contamination, she said.

“I mean really I just found a frog in my food from a place that [doesn’t] even carry frog and I still gotta pay for my drinks and take the people I’m with to go eat somewhere else!” she added. 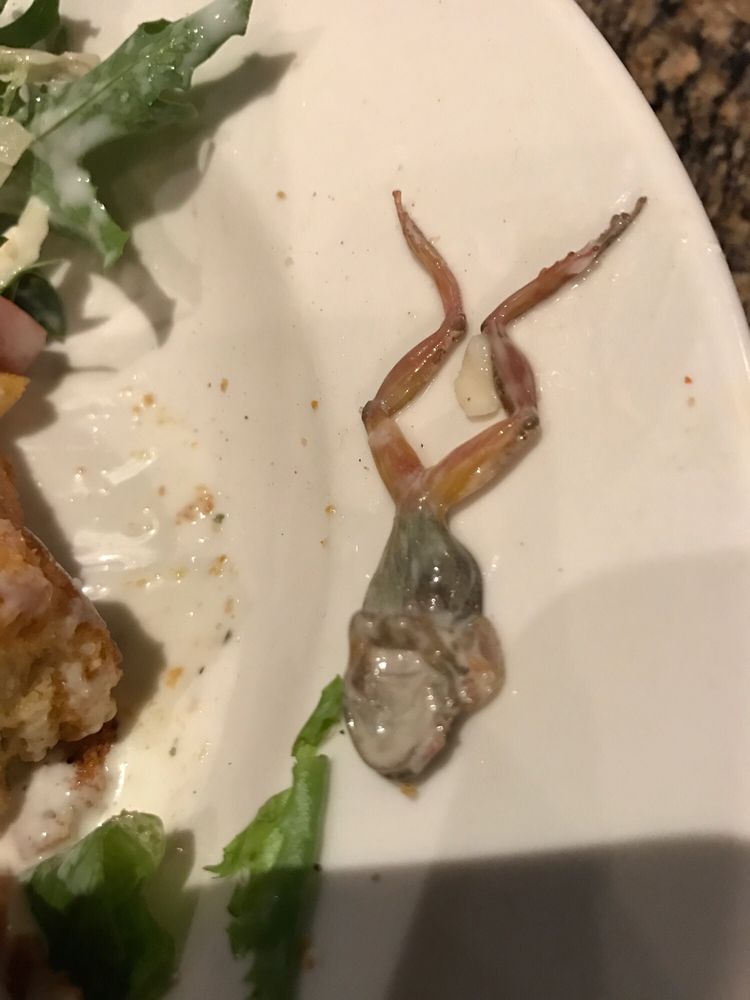 s delicious as frog legs might be, nobody wants to find a whole, uncooked, slimy amphibian that accidentally found its way into their food — especially since they sometimes carry bacteria like salmonella, notes The Tribune. Cepeda said that she was cleared for salmonella, but might have another infection.

“I’ve been burping nonstop, everything I eat has been making me sick,” she told The Tribune. “I don’t even want to look at salad.” The individual restaurant has so far been cleared of any health code violations, though the California Department of Public Health is investigating.
This poor woman will never look at a salad the same way again. Have you ever received a special surprise in your food? Sound off in the comments below!
Source: Cooking Panda