A woman nearly died after a flesh eating infection formed on her leg.

Stacey Thomas, 30, began feeling unwell while on a business trip in Germany, but after returning home, her symptoms worsened. A rash on her leg began turning black and blue and she became worried, so she checked herself into a nearby hospital.

After admitting herself to the hospital, Thomas’ infection began spreading from her knee up to her groin, so she was rushed into surgery. Thomas was told prior to surgery that there was a possibility that she would wake up without a leg. She said that she had to sign a consent form in order to authorize the amputation of her leg if necessary. Fortunately, the surgeons were able to save her leg by cutting away the infected flesh and muscle. 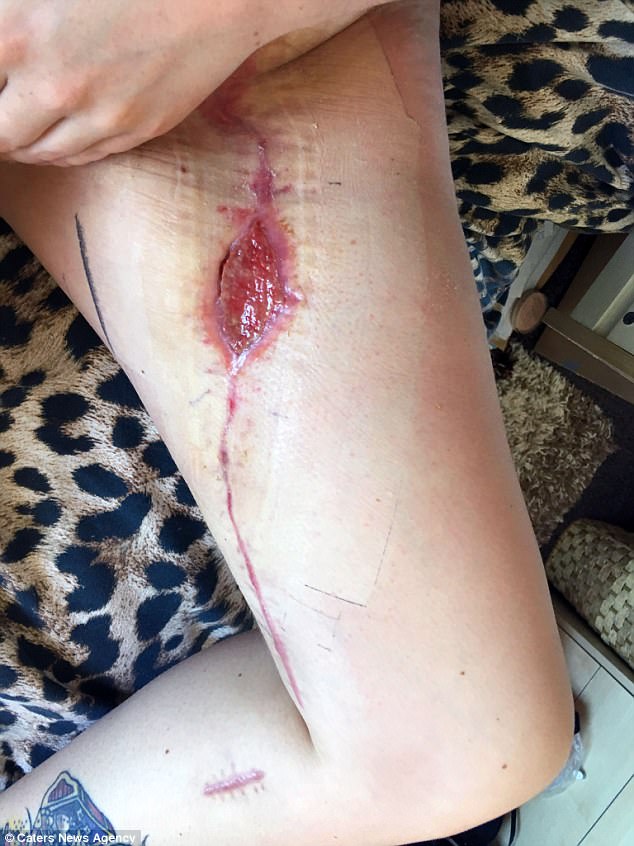 “I had six surgeries in just two weeks on my leg as they tried to close the huge holes that had appeared across my leg together,” Thomas told the Daily Mail. “One one occasion a doctor came in to check on my stitches when the wound exploded a blood blister. It left a fist sized hole in my leg that he then put his hand into to feel inside.”

Stacey explained what happened when she knew something was wrong.

“I’d been on a short trip with work but it was only once I was at the airport returning home that my leg started to feel hot and painful,” she said. “I went to the toilet to have a look and I was shocked, it was painful, there was a rash and it looked swollen. What happened from there was a complete nightmare, I didn’t realize how seriously ill I was. I rang the out of doctors on 111 and they advised me to go straight to A&E.” 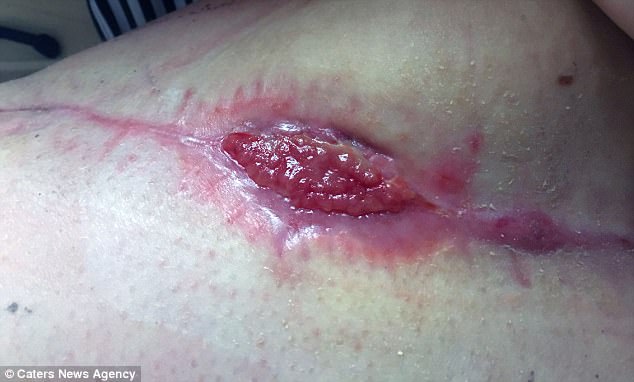 Thomas says that she was incredibly relieved to wake up following the surgery to find that her leg was still there.

“The amputation would have been my entire leg from my hip joint so when doctors explained how close I’d been to losing my life or limb, I was instantly relieved to see my leg still there,” she said.

In the two weeks following the surgery, she had six surgeries to close the holes that had formed in her leg. 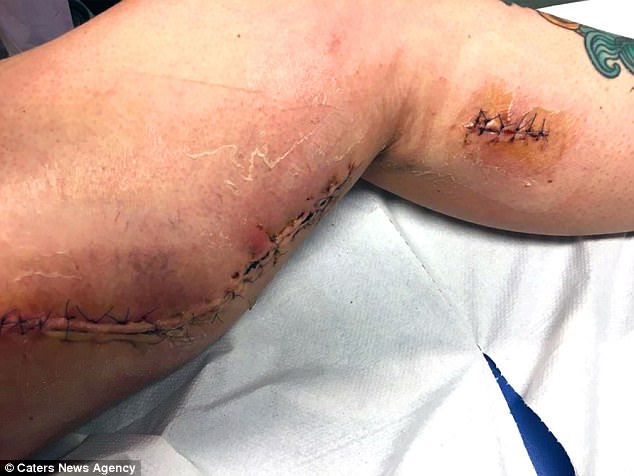 Now, nearly a year later, Thomas is regaining strength in her leg and has been exercising at the gym to help guide her recovery.

“I was just lucky to be alive and ever since I’ve been released from hospital, I have been back in the gym trying to regain the strength in my left leg,” she said.

According to NHS Choices, necrotising fasciitis is a “rare but serious” bacterial infection that is commonly known as the “flesh-eating disease.” In reality, the bacteria does not eat the flesh, but rather release toxins that damage the tissue in the affected areas. The infection can turn deadly if it is not treated in time. 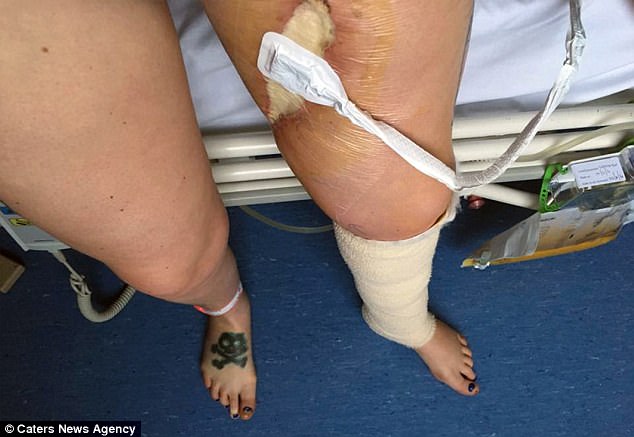