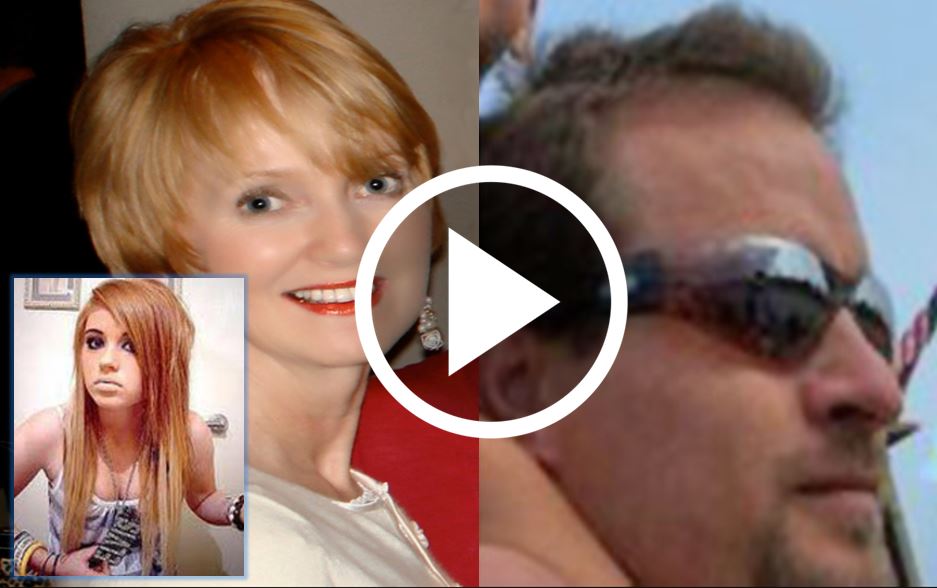 Angela Voelkert felt she’d finally scored the irrefutable dirt she needed to win custody of her kids in her divorce with her husband, David Voelkert. Last month, the 29-year-old mom from South Bend, Indiana set up a fake Facebook page in the name of Jessica Studebaker…

Then she used the fake persona to friend David (pictured top) on his Facebook page, pretending to be a 17-year-old girl who was — for reasons unexplained — smitten with a 38-year-old electronics salesman.

It wouldn’t be long before Angela had evidence that her husband was a creep. As Jessica and David’s online relationship grew, he began to offer details of his unfolding marriage, and how he was hoping to have his wife whacked.

He told Jessica that he’d placed a GPS in his wife’s car so he knew her whereabouts at all times. He also asked if she knew a gangbanger at her school who might be willing to kill his ex for the princely sum of $10,000.

“You should find someone at your school,” he wrote the fictitious Jessica. “There should be some gang-bangers there that would put a cap in her ass for $10,000. I am done with her crap!”

After Angela was out of the way, he and Jessica would be free to run away together, he wrote.

By May 31, Angela finally felt she had enough evidence to score a decisive win against her husband. So she filed for a restraining order, using the Facebook messages as evidence that David was trying to kill her.

David was arrested by the feds and spent four days in jail. And that’s when the charges were subsequently dropped. It seems he’d actually outsmarted his wife.

When Jessica first approached David six days earlier, he grew suspicious. After all, high school girls aren’t known for being attracted to 38-year-old electronics salesmen. He suspected his wife was up to no good.

So he signed a notarized affidavit, outlining his suspicions and noting that he was playing along with the ruse to see if Angela was behind it.

“I am lying to this person to gain positive proof that it is indeed my ex-wife trying to again tamper in my life,” he wrote in the affidavit. “In no way do I have plans to leave with my children or do any harm to Angela Dawn Voelkert
or anyone else.”

A notary at his bank confirmed that the document was signed on May 25. And just to be on the safe side, David also gave a copy of the document to a relative for safekeeping.

After the feds discovered that he had indeed been baiting Jessica all along, they were forced to drop all charges.

It remains to be seen what will happen to Angela in all of this. But we’re guessing the judge presiding over her custody case won’t look kindly on her behavior.