A plantation photograph showing two African-Americans in slave-era garb that was used as a backdrop for the “Wheel of Fortune” “Southern Charm” week is sparking outrage from viewers appalled that the show would include something with the potential to remind people of slavery.

“Someone please tell me why @WheelofFortune has slaves in their ‘Southern Charm Week’ images?” wrote a user named Joshua Itiola, who shared a short video of an episode that used the photo.

That tweet led to a wide-ranging debate on the social media site, with some echoing with messages like: “This is also absolutely ridiculous. Wtf is happening to our country????”

The game show’s executive producer expressed his remorse following the backlash and said the controversial image will no longer air on re-runs of the episode.

“We regret the use of this background image, and we will be replacing it moving forward on any rebroadcast,” Harry Friedman said in a statement to the Daily News. 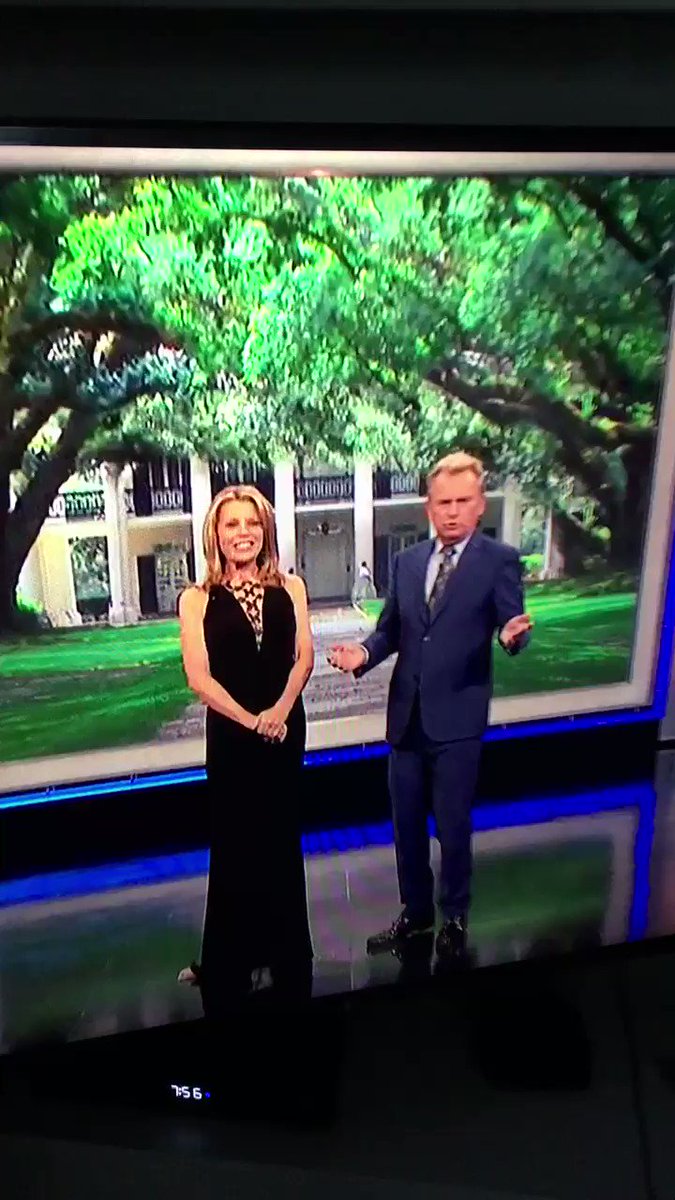 The image was captured by “Wheel of Fortune” producers in 2005 during an on-location shoot at the Oak Alley Plantation in Vacherie, La. A rep for the game show said the photo had not been altered in any way.

A spokesperson for the Oak Alley Plantation, meanwhile, said her venue does not have actors who attempt to portray slaves. The plantation does employ tour guides that wear period clothing like the Annabelle-style hoop skirts worn by the people in the photo, said plantation spokeswoman Hillary Loeber, and the plantation hires people of all skin colors for those roles.

The controversy over what’s in the photo tended to obscure the questionable idea of featuring a plantation — a symbol of the brutality of slavery — to demonstrate “Southern Charm.”

“Wheel of Fortune” featured its “Summer Charm” week in March, but reruns are common.