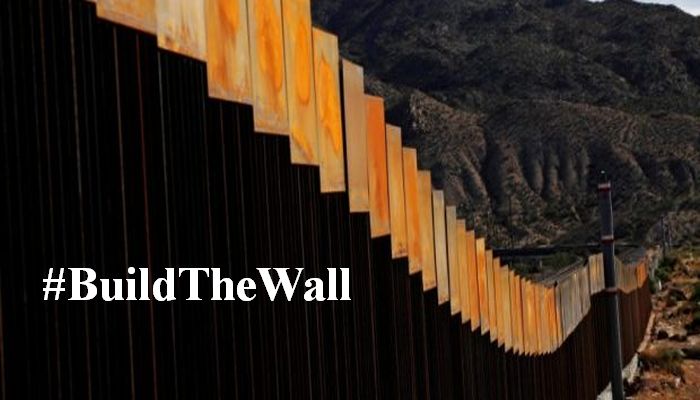 A former border chief cites an Arizona wall that dramatically cut illegal immigrant crossings as proof barriers can work to keep people out in testimony prepared for a Senate hearing Tuesday.

The wall built on the southern border near Yuma resulted in 94 percent fewer illegal crossings, former deputy Border Patrol chief Ronald Colburn says in the testimony previewed by Paul Bedard in the Washington Examiner. Calling the results “impressive,” Colburn cites the wall to refute the commonly stated argument that President Donald Trump’s proposed border wall is a waste of time and money, because it wouldn’t actually stop illegal immigrants from crossing.

Before the Yuma fence was built, Colburn says the Yuma Border Patrol identified 2,706 times in a one year period when smugglers loaded up a vehicle with drugs and/or people and simply drove across the border. Just 13 of them were detected and stopped by immigration authorities. “The rest all got away, with no idea what or who they brought in,” his testimony notes.

After the fence was built, however, only six vehicles tried to cross the border, and every one of them was captured or turned back.

“By 2008, Yuma Sector arrests of illicit border crossers and traffickers had dwindled down from over 138,000 down to 8,363,” Colburn states in his testimony. “The known attempts to enter and the got-aways dwindled to an equally minimal number compared to the hundreds of thousands that entered and evaded arrest in previous years.”

Colburn is set to testify before the Senate Homeland Security and Governmental Affairs committee Tuesday, when the full committee will examine fencing along the southern border. David Aguilar, former Acting Commissioner of Customs and Border Protection, and Terence Garett, professor and chair of the Public Affairs and Security Studies Department at the University of Texas Rio Grande Valley, will also testify.

The debate over the effectiveness of border walls has been a hotly contested one between Democrats and Republicans.

Several European countries erected fences to keep migrants out, and, according to the numbers, building a large barrier on a border does in fact work to keep people out. Hungary, for example, was a popular pathway for refugees on their way to Germany during the fall.

When the daily illegal border crossings were at 7,000 per day, Prime Minister Viktor Orban decided to erect a fence along the border to Serbia and Croatia.

The result speaks for itself:

When the fence went up Oct. 17, 2016, the influx went down to 870 from 6,353 only a day earlier. Illegal border crossings were steadily below 40 per day throughout the rest of the month. The number picked up slightly in February, after migrants destroyed part of the fence, but it remained in the low hundreds.

Pleased with the success of the wall, Hungary announced plans in August for a new even more “massive” border wall to replace the first. “Technical planning is under way to erect a more massive defence system next to the existing line of defence, which was built quickly [last year],” he said, according to The Guardian.

Another successful example is Macedonia — the first step on the Balkan route, which separates Greece from the rest of the EU. Macedonia had more than 60,000 migrants enter the country in January. The migrant influx was cut significantly, leaving tens of thousands stranded in Greece. The desperation among refugees led to clashes with Macedonian military in late February.

AfD leader Joerg Meuthen mentioned several examples where fences work, particularly in Spain, where it forces North African migrants to take a long detour to get to Europe.

“They have to go around the Mediterranean” to find a way in, Meuthen said at a rally, according to news agency AFP. “Yes, fences have an impact.”