Even MEXICO Is Now Calling Out The Biden Administration 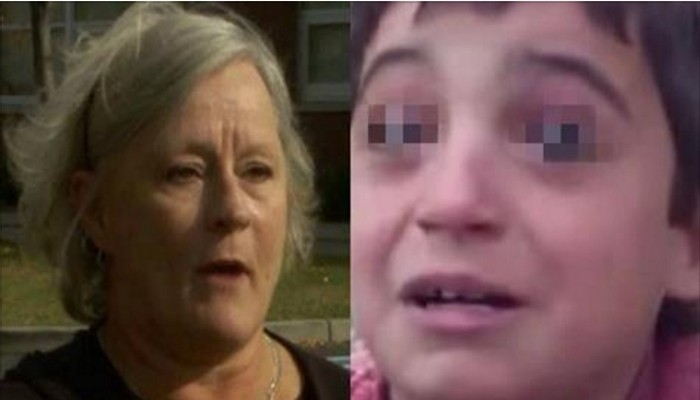 Laurie Lacy, the principal of Edison Elementary in the Salt Lake City School District of Utah has been placed on leave pending investigation results after she allegedly forcing a student to take off his pants in her office as a form of discipline.

According to a source who spoke about the incident to KSTU, a teacher sent the student to Lacy’s office after he repeatedly pulled down his pants in class. That’s when Lacy allegedly told him to take his pants off.

The student, who is said to be a refugee and in first grade, reportedly had no underwear on. The source said he was made to sit half-naked in a chair in the corner of Lacy’s office.

It is not clear how long the student was made to sit in the chair with his pants off.

Several teachers who were in Lacy’s office at the time reportedly witnessed the whole thing.

Detective Wilking explained that police were notified of Lacy’s alleged actions by the Salt Lake City School District and the Utah Division of Child and Family Services on April 12.

“The investigation hasn’t really progressed very far at this point,” Wilking said, reports  Deseret News. “We’re still very, very early in this.” He added that it’s too early to tell whether Lacy’s alleged misconduct rises to the level of a crime and that he is uncertain how long the investigation will take.

Special Victims Unit officers are involved in the investigation. Detective Richard Chipping said the incident was “inappropriate in nature” but not necessarily sexual, according to The Salt Lake Tribune.

He declined to give details, as the investigation is still in its very early stages.

“Thank you for the opportunity,” she replied. “I am not able to comment at this time. When I am permitted to do so I can give you [a] statement.”

No charges have been filed in the case.