Online doctor site Dr Ed surveyed 2,000 people in Europe and the US on their favourite sex positions, and which ones they want to try the most.

Overall, more than a third said doggy style was their favourite. Missionary came in second at 23 percent, followed by cowgirl at 19 per cent.

The 69 came in at 4 percent, and spooning came in just behind it.

And when it comes to geography, there are some differences in people’s favourite positions.

Doggy style came in at number one in the UK, US, Germany, Romania, Spain, France and Austria.

The Polish prefer spooning, the Netherlands prefers missionary, while Belgium, Switzerland and Italy like the cowgirl position the best. 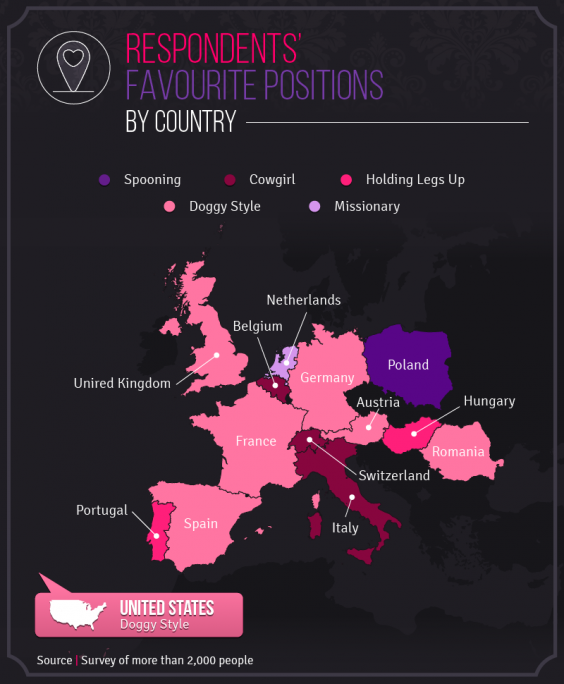