Waking up in pain is always an unpleasant surprise, but for one Arkansas teen who woke up Tuesday morning with pain in one of his ears, it wasn’t the only surprise. And it wasn’t the most unpleasant.

Grant Botti, 14, of Saline County, pulled a 4-inch centipede from his ear after waking up with pain, KATV News reports.

His mother, Angela Botti, reportedly scooped up the still living critter, deposited it in a plastic bag, and took her son to nearby Saline Memorial Hospital because he was still experiencing pain.

An emergency room doctor examined the teen’s ear and found small abrasions on his ear drum. Grant was treated and released. 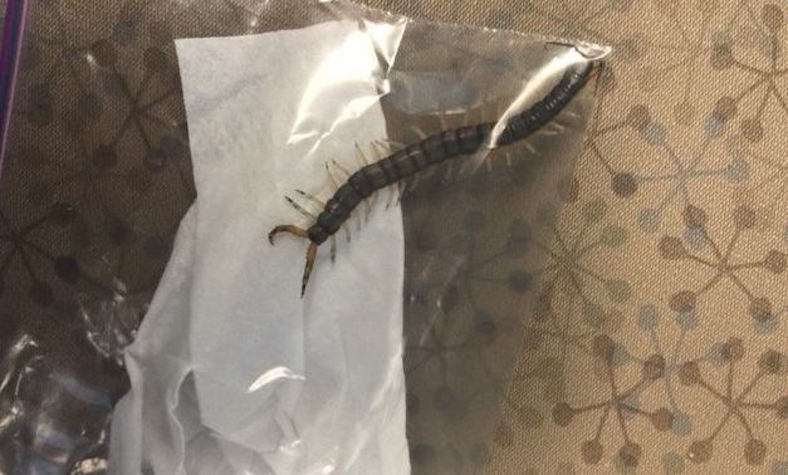 Staff at the hospital said they often see emergency room patients come in with various foreign objects in their ears, but they had never seen a centipede before.

The teen’s mom said she had no idea where the centipede came from but noted Grant had been outdoors swimming recently.

Luckily, a bug crawling into a human ear is not all that common of an occurrence. But it happens enough that the Mayo Clinic website includes guidelines for how to deal with the situation.

First, the website notes, no one should probe for any foreign object in the human ear with a tool like a cotton swab or a matchstick. Doing so could push the object deeper.

For insects, the Mayo Clinic recommends having the person lie down on his or her side with the affected ear up. One can then attempt to “float” the insect out of the ear by pouring in warm — but not hot — mineral oil, baby oil or olive oil into the ear, the website says.

The oil method should only be used in the case of a bug in the ear as any other foreign object might absorb the oil and swell up, according to the U.S. National Library of Medicine.