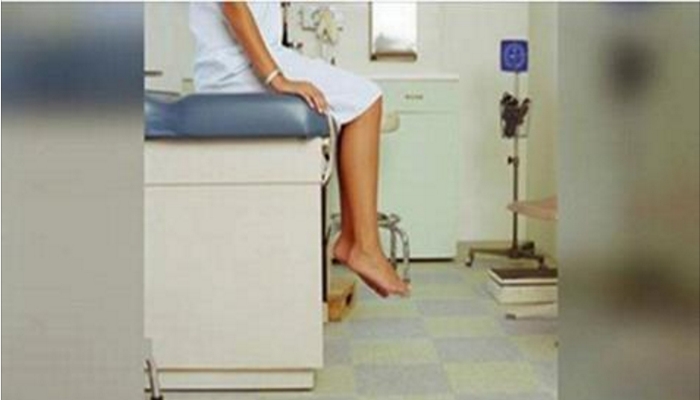 A Pennsylvania nurse was fired and arrested after he was caught reportedly filming videos of female patients while they were undressing in the doctor’s office.

As many as 18 videos of eight patients were found on the personal iPhone of James Close, a licensed practical nurse at Penn Medicine Dermatology, including several clips of a 17-year-old girl.

The 17-year-old found Close’s iPhone on the ground of the dermatology office on February 13 while she was receiving radiation treatment for a skin disorder she suffered from.

The video had been recording for 25 seconds when the girl found the phone, and she could see her naked reflection on the screen.

“She sees it’s recording,” Police Chief Ken Coluzzi told 6ABC, “She freaks out. She starts making a ruckus, other people come in. They immediately contacted police.”

When police searched Close’s phone, they found the videos – some of which included clips of a 70-year-old woman.

“It’s very disturbing. You have a trust with people in the medical profession,” attorney Matt Weintraub told CBS Philadelphia. Weintraub said he’s concerned that there were other victims whose videos were not on the phone.

“I’m afraid there may be more,” he said. “That’s my concern at this point. We want to make sure we take care of the victims that we have. Make them feel safe.”

Coluzzi said that the videos were taken without patients’ knowledge while they were in treatment booths.

“Your eyes are protected,” he said. “There may be something to protect your head. And the individual didn’t think he’d be seen.”

Close was originally charged with four counts of recording the teen, but later was hit with 43 additional charges for the seven other women who were identified as victims.

“We’d like to make a plea to the public that if anyone was seen by this dermatological practice and they feel they may have been a victim they should come forward to Lower Makefield Township Police Department,” Weintraub said.

Close was arrested and jailed in lieu of $100,000 bail, the Philadelphia Inquirer reported.

“We are appalled by the action of this former employee and we are cooperating fully with the investigation,” hospital spokeswoman Susan Phillips said in a statement.

In an initial court appearance, an emotional Close told the judge that his children were 16 and 17 years old and that he didn’t have the money to post the bond.