A teenage father was arrested in Tempe after his 2-week-old son suffered injuries consistent with shaken baby syndrome, a court document stated.

Teenagers think they have all the answers, but they don’t.

In Arizona, Anthony Estrada, 19, and his girlfriend Savionne Schartzbauer welcomed their baby boy into the world two weeks before Memorial Day. On Memorial Day, the couple took the baby to the hospital because he wasn’t acting right. 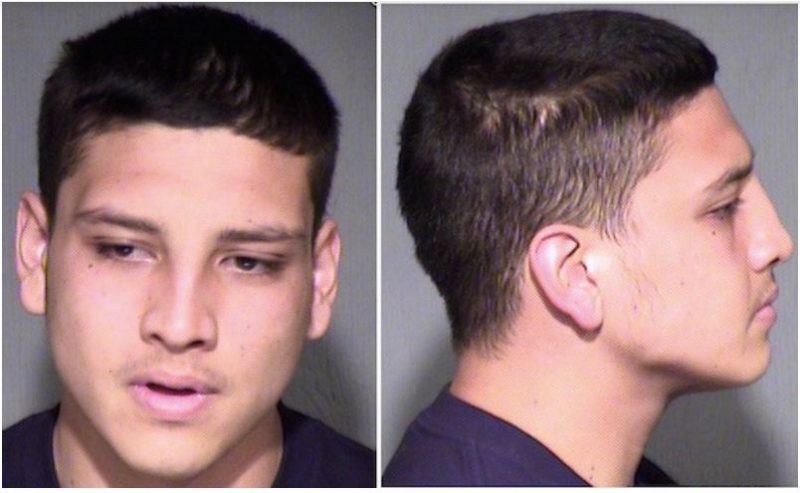 The couple said the infant had hit his head while getting a diaper change, but the hospital staff soon realized the baby was in serious trouble.

The baby was intubated to assist him with his breathing.

The couple said their child was “acting weird” prior to their arrival but their statement was vague, according to a probable cause statement.

They said their baby had hit his head on a table in the home while the infant’s diaper was changed, court paperwork stated.

Schartzbauer said he left the infant in the care of Estrada for about 20 minutes while she went to buy some bandages, the document said.

When she returned she said her son’s eyes were swollen shut.

A medical social worker at the hospital told officers that the baby had bruises and abrasions on his left cheek, a scratch on his lower left arm, an abrasion on his left upper thigh and three small cuts on his right hand.

When officers questioned Estrada he admitted to “losing control of his son,” court paperwork stated. He said his son hit his head on a wooden table.

Estrada admitted to biting his son’s right hand and said he felt “frustrated while carrying his son, when the child was crying.”

During a separate interview, Estrada admitted to holding his son and that the baby fell on a couch, rolled and hit a board which was in the frame of a couch, police said. But a doctor told officers the fall doesn’t match the infant’s significant brain injury.

The baby has traumatic injury to all four sections of his brain. Estrada was arrested and is facing child abuse charges. Twenty minutes with an out of control, inexperienced teenager and the poor infant’s life has been forever changed. Let us all hope things work out for the infant.