As the Western world focuses on the deadly terror attack at a UK concert by a suicide bomber with suspected ISIS or Al Qaeda ties, terrorists are wreaking havoc in Southeast Asia.

Channel NewsAsia is reporting that two suspected suicide bombers have attacked a bus station in the Indonesia capital of Jakarta.

Ms Pasmi, who was selling fruit nearby, said, “People shouted ‘Bomb! Bomb!’ and ran in all directions. The bomb went off before 9 p.m., and there were many people at the bus terminal as people were going home from work.”

No one has claimed responsibility for the attack yet, but ISIS militants did kill four civilians in January of 2016 as part of their first push into Southeast Asia, which has a population of 40 percent Muslims. They conducted small-scale attacks since.

Meanwhile in the Philippines, ISIS militants are continuing their attempted takeover of Marawi, a city of 200,000 on the island of Mindanao.

On Wednesday, they reportedly took over a hospital and torched a college and jail while battling with government forces in the streets.

Now on Thursday, according to ABC News, ISIS has burned more buildings, beheaded a police chief, and took a Catholic priest and his congregation hostage. 21 people have died so far. 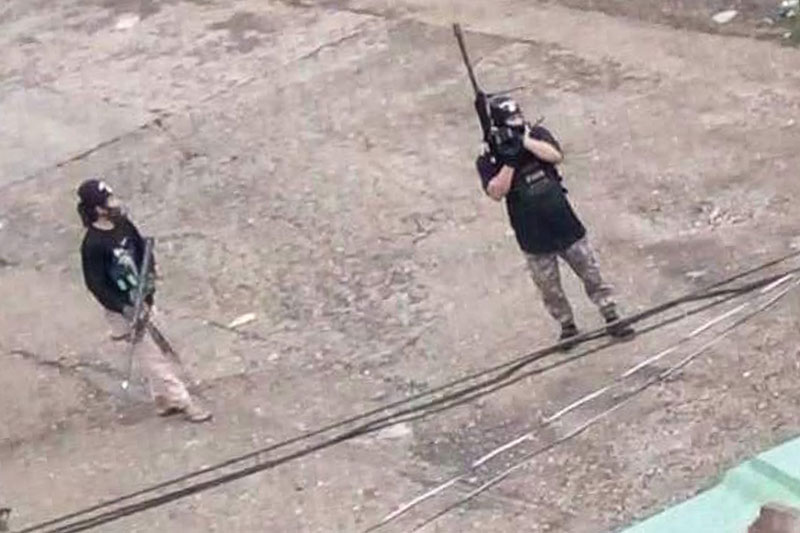 The Philippines’ population is predominantly Roman Catholic, but Islam is a growing influence.

“I have a serious problem in Mindanao, and the ISIS footprints are everywhere,” exclaimed President Rodrigo Duterte, who has declared martial law in a third of the nation.

Government forces are making some progress, though, clearing militants out of key areas.

“From Manchester to Marawi city. Then suicide bomber hits Jakarta. #PrayForMarawi #PrayForJakarta. It’s time for us to stand up against it!,” Facebook user Norman Goh posted, according to New Straits Times.