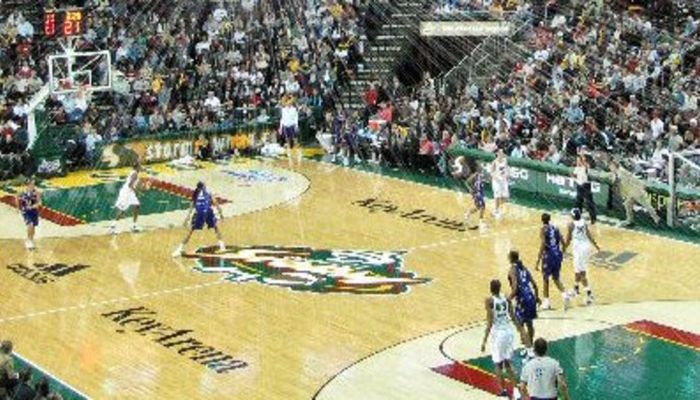 Off-duty police officers in Minneapolis, Minnesota, walked out of their security posts at a WNBA game when they noticed that some of the players were wearing Black Lives Matter t-shirts.

The players reportedly wore shirts at the Lynx game that called for change following the deaths of Philando Castille and Alton Sterling. The shirts enraged the officers, who were working security at the game and decided to leave.

“I commend them for it,” Minneapolis Police Federation Lt. Bob Kroll said.

The team’s spokeswoman, Ashley Carlson, said that the players were saddened by the deaths of Castille and Sterling but would not be wearing the shirts at future games.

If we take this time to see that this is a human issue and speak out together, we can greatly decrease fear and create change,” player Maya Moore said at a press conference, ESPN reported. “Tonight we will be wearing shirts to honor and mourn the losses of precious American citizens and to plead for change in all of us.”

Many readers applauded the officers for taking a stand against the players who supported Black Lives Matter.

“These sport people are getting as bad as the Hollywood morons. They all live in their own little world. These people that wear crap like this need to quit playing sports and put on a uniform and badge and tell me how that works for them just trying to make it thru their shift and go home to the family alive. Other wise they need to shut the hell up,” one Newsiosity reader commented on the site’s Facebook page.

” would have walked out too. Too bad somebody didn’t retaliate on them with no one to protect them. The days of BLM power over the police (they think) is over. They got away with that crap when Obummer was in office, but Trump isn’t gonna let this continue. He respects the police and military and expects the same respect from every American. This is how we make America great again!!!!” another wrote.

“Maybe people should pay more attention to crime statistics and patterns when considering profiling complaints. These young women may also want to consider if the their behavior is consistent with a solution or simply a part of the problem that seems to have been exacerbated in the last two decades. There are many problems in life that we all must deal with, but enlarge, law enforcement is far more beneficial to communities than not,” another added.