There’s Something VERY BIG John Kerry Needs To Answer For!

Some animal lovers are angered by a recent post on Instagram.  Dan Bilzerian, who calls himself the “King of Instagram,” posted a photo of a bikini-clad woman sitting on a giant tortoise, reports the Daily Mail.

Bilzerian, who is known for posing in photos with scantily clad women and huge guns, was criticized by one Instagram user who said: “Probably not cool for your friend to sit on its back.” On Twitter, someone else sarcastically tweeted that “the best way to show one’s appreciation for the animal is to stick a skank on it, stay classy.” The photo was taken at Necker Island, Virgin owner Sir Richard Branson’s private island in the British Virgin Islands.

One concerned viewer addressed Branson directly, saying, “I’m very disappointed to see your beautiful protected creatures as zoo rides.” Branson did not respond to Page Six’s request for a comment, but Bilzerian did offer a comment online. “Get off your soapbox, the people working there said it’s fine to sit on them,” he said.

Branson’s representative said in response: “We take great care when it comes to the well-being and protection of our wildlife and have a dedicated team who are responsible for preserving the Necker environment and all its inhabitants. Whilst we encourage our guests to learn more about our conservation efforts and to meet the animals on island we certainly do not condone sitting on the animals.”

The Galapagos giant tortoise is listed as “vulnerable” by the World Wildlife Fund, notes the Daily Mail.

“There are many subspecies of giant tortoises that are found on different islands and have different appearances,” explains that organization. “Those that live on the larger islands where there is more rain have ‘dome’ shaped shells, while those that live in drier conditions are smaller tortoises and have a ‘saddleback’ shell.”

According to Branson’s Necker Island website, the island is a “haven for animals,” including the Galapagos giant tortoise.

As explained on the site:

We could now be one of only five islands in the world to be successfully breeding giant tortoises. This discovery came at a great time, as it was recently reported that new-born baby tortoises have been found on the tiny Galapagos island of Pinzon for the first time in more than 100 years.

It’s a major win for the species, indicating that the giant tortoise is once again able to reproduce on its own in the wild. It takes giant tortoises until they are between 20 and 30 years to reach sexual maturity – and they are only breeding successfully on Pinzon, the Aldabra Atoll (Seychelles), Rodrigues, Mauritius, and now Necker Island — making baby giant tortoises extremely rare.

Protecting endangered species is one of the most important things any of us can do. Guided by the island’s Wildlife Conservation Manager, Vaman Ramlall, we will be monitoring the progression of the eggs with the hope that we have more giant tortoises on Necker in the new year. 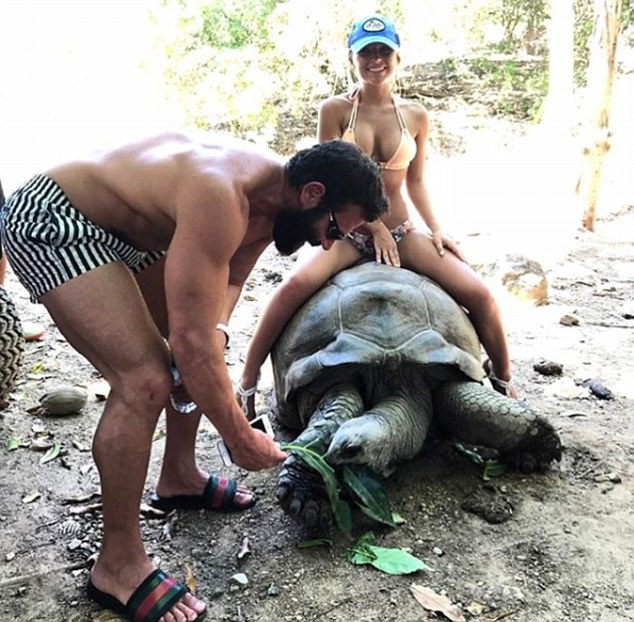