Although illegal immigration is a huge problem in this country and those who attempt to cross the border deserve to immediately deported back to their own country, no one deserves the type of treatment that these unfortunate people endured.

A Mexican laborer has described the deadly horror that unfolded inside the sweltering, pitch-black trailer that was crammed with illegal immigrants and found in Texas on Sunday.

Adan Lara Vega, 27, said he was told the $5,500 he was being charged to be smuggled into the United States would include an air-conditioned truck ride.  Instead, he climbed with his friends into a pitch-black, metal tractor-trailer compartment that lacked ventilation – a deadly oven that would claim 10 lives. 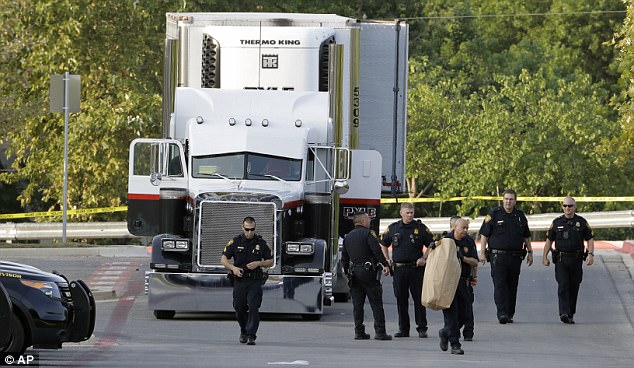 ‘After an hour I heard… people crying and asking for water. I, too, was sweating and people were despairing,’ Lara Vega said on Monday from his bed in a San Antonio, Texas hospital.

‘That’s when I lost consciousness.’

By the time he regained it on Sunday, he was in the hospital. The 60-year-old truck driver, James Matthew Bradley Jr., was arrested after police found the immigrants crammed into the back of his trailer in the parking lot of a Walmart in San Antonio.

He has been charged over the deadly human smuggling operation and could face life in prison or the death penalty if convicted.

Lara Vega said the ordeal started when he climbed aboard the tractor-trailer in the border city of Laredo, Texas, with six friends from the state of Aguascalientes after the group waited nearly two weeks in a safe house.

The trailer was already full of people when the door opened up on a Laredo street. Lara Vega said it was so dark he couldn’t see how many there were. He said there were a few children whose voices he later heard begging for water. 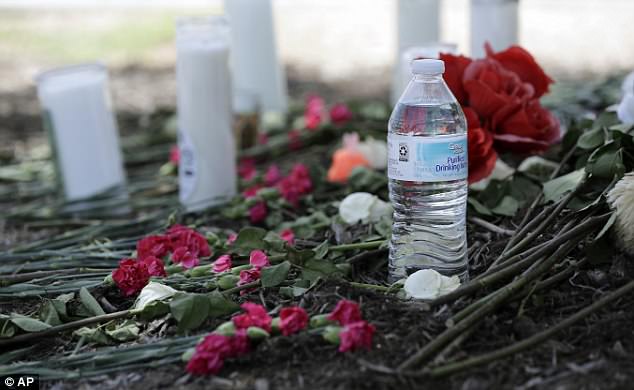 He said the smugglers didn’t offer passengers water and he and his friends hadn’t brought any with them. The ride to San Antonio would only be 150 miles.

Lara Vega said he never saw the driver of the tractor-trailer. He said that when people are being smuggled they are told not to look at the faces of their handlers – and it is a good idea to obey.

The packed tractor-trailer was found early Sunday outside a Walmart store. As many as eight passengers were already dead and two more would soon die.

When Lara Vega woke up, he was in a hospital tossing and turning. He said he tried to get up ‘but I lost my balance and fell.’

‘I needed to drink a lot of water to get control of myself,’ he said, recounting his story in Spanish while eating lunch in his hospital bed with a cardiac-monitoring sensor still affixed to his bare chest. He was no longer attached to an intravenous drip for rehydration. 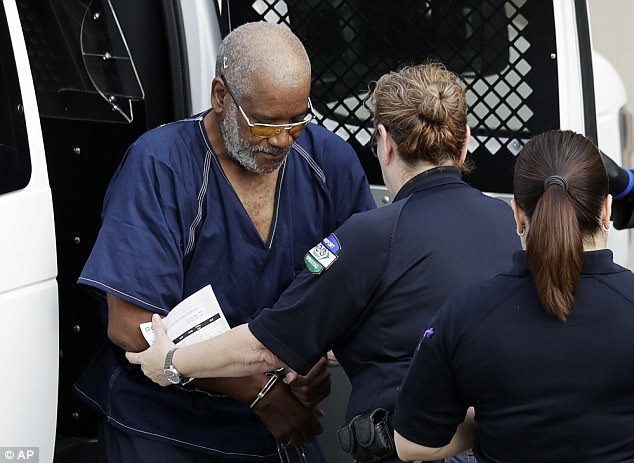 Lara Vega, a spare, muscular man with a trim mustache and thick black eyebrows, said all his friends survived as far as he knew, though some were hospitalized. He said some have cousins and siblings in San Antonio. A fellow smuggled immigrant was in the hospital bed next to him but declined to speak with a reporter.