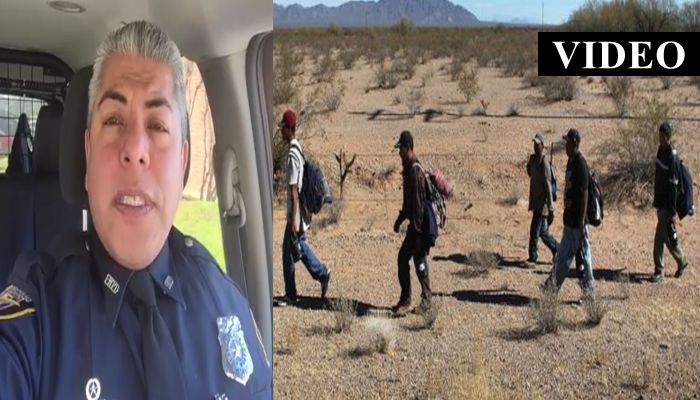 A viral Facebook video shows a Fort Worth police officer telling the illegal immigrant residents of his city in Spanish that they will be protected.

The officer, Daniel Segura, also said in the video that Fort Worth police haven’t enforced immigration laws “for many, many years,” Fox News reports.

The video is likely a response to President Trump’s promise to defund sanctuary cities and deport criminal aliens in the United States.

His department issued a statement about the now viral video, saying, “The Fort Worth Police Department enforces all laws and protects all its citizens and is not a sanctuary city. The video was not intended to represent the views of the City of Fort Worth on immigration or compliance with immigration policies.”

However, Segura still has his job and won’t face any discipline for the video.