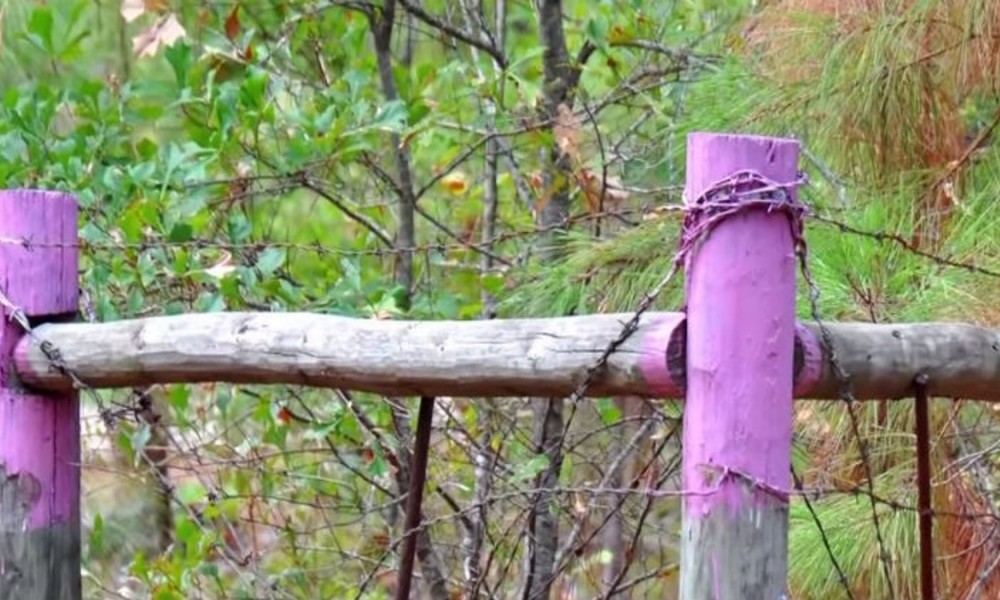 Though they’re common in rural areas of several states, most people have no idea what it means when they see a fence post painted purple. Knowing what it means could save you a trip to jail, though.

In 1997, Texas passed a law stating that purple paint means ‘No Trespassing.’ Other states which now have the same legislation include Illinois, Missouri, North Carolina, Maine, Florida, Idaho, Arkansas, Montana, Arizona and Kansas.

The reason behind it is that these states, in particular, have unpredictable weather and “No Trespassing” signs can be easily blown away.

And as any Texan understands, if someone has a sprawling patch of land, how are they supposed to monitor their property’s borders if they have to do so much on a daily basis? It’s just too much work for anyone to do on top of farming their land or managing their cattle.

Because the landowners in Texas and other states with the purple paint law have so much land to watch over, they probably wouldn’t notice a single “No Trespassing” sign missing in the first place. It’s not like they go around checking on that every day.

Besides telling any passerby that the land beyond belongs to someone, the purple mark is also known as “No Hunting Purple.” It signifies to hunters that this property belongs to an individual and to stay clear. It can help keep people out of their properties and keep people safe from stray bullets.