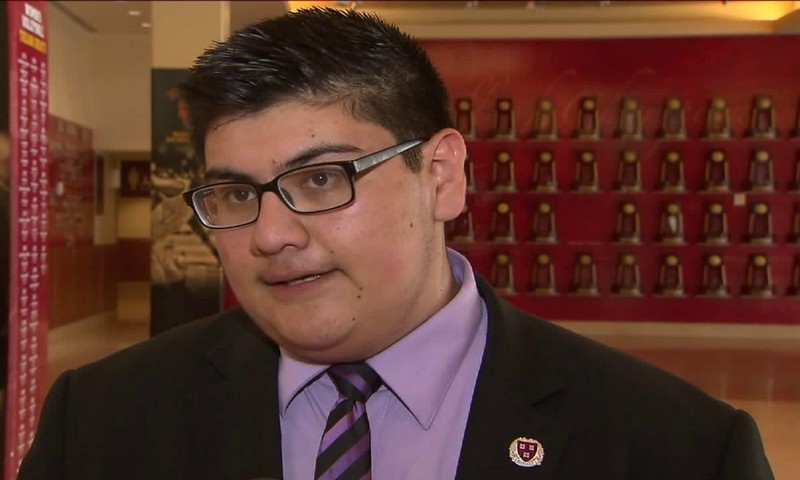 For one teen, the journey to capture the American dream has been more labor than love but in the end for him and his family the destination is right around the corner. Many families may have dreamed that a son or daughter could one day attend a college like Harvard, but not by way of homelessness. California high school student 17-year-old Jorge Campos did that, according to AOL, and his story is inspiring.

The soon to be Harvard student’s story began at the age of 13 years old when his father lost his fulltime job as an auto technician. For Campos and his family, the following months were desperate times. They had to face months of homelessness and were relegated to fitting the entire family into a van which became their living quarters.

The young teen does not look back on those very difficult times with any degree of regret. He said, “Right now, I look back and instead of breaking down and crying like I should, because they were quite traumatic experiences, I just look at it … and look forward,” reported AOL.

Campos was determined to use his families crippling economic circumstances as a way to motivate and shape his educational aspirations. He focused on learning about finances and even studied how his family could transition from being “high loan risk” to becoming homeowners. His dedication paid off and within time his family was able to buy a home in Palmdale, California in 2015.

While the young teen was saving his family, he was also developing in quite the academic phenom. When his family moved into their new home, in his freshmen year in high school he became a USC TRIO Upward Bound Scholar and enrolled in college level courses at Los Angeles Community College. Now the math whiz only needs to complete just three classes to earn his associates degree in Natural Sciences and Mathematics, according to AOL.

The son of Mexican parents has done very well and he gives a lot of the credit to the Upward Bound Scholar program which was created 40 years ago to provide first-generation college bound, low-income students with academic tools to achieve their potential and attend a university.

Campos has a full ride to Harvard and is looking forward to studying economics as well as obtaining a master’s degree in public policy. Not bad for a teen who was once homeless. He has advice for other young people who have dreams. He stressed, “Always keep in mind where you’re going, right? Because it’s not where you are that matters, but where you want to be,” according to AOL.