A tower found in what was the Aztec capitol of  Tenochtitlan, now known as Mexico City has been found and it was built from 676 heads severed from the bodies of men, women and children sacrificed to the Aztec gods.  Although just recently found, it has been heard of before in the written accounts of Spanish Conquistadors, who were reviled and scared by the sight.

Historians relate how the severed heads of captured warriors adorned tzompantli, or skull racks, found in a number of Mesoamerican cultures before the Spanish conquest.

But the archaeological dig in the bowels of old Mexico City that began in 2015 suggests that picture was not complete.

‘We were expecting just men, obviously young men, as warriors would be, and the thing about the women and children is that you’d think they wouldn’t be going to war,’ said Rodrigo Bolanos, a biological anthropologist investigating the find.

‘Something is happening that we have no record of, and this is really new, a first in the Huey Tzompantli,’ he added.

Raul Barrera, one of the archaeologists working at the site alongside the huge Metropolitan Cathedral built over the Templo Mayor, said the skulls would have been set in the tower after they had stood on public display on the tzompantli.

Roughly six meters in diameter, the tower stood on the corner of the chapel of Huitzilopochtli, Aztec god of the sun, war and human sacrifice. Its base has yet to be unearthed.

There was no doubt that the tower was one of the skull edifices mentioned by Andres de Tapia, a Spanish soldier who accompanied Cortes in the 1521 conquest of Mexico, Barrera said.

In his account of the campaign, de Tapia said he counted tens of thousands of skulls at what became known as the Huey Tzompantli. Barrera said 676 skulls had so far been found, and that the number would rise as excavations went on.

The Aztecs and other Mesoamerican peoples performed ritualistic human sacrifices as offerings to the sun. 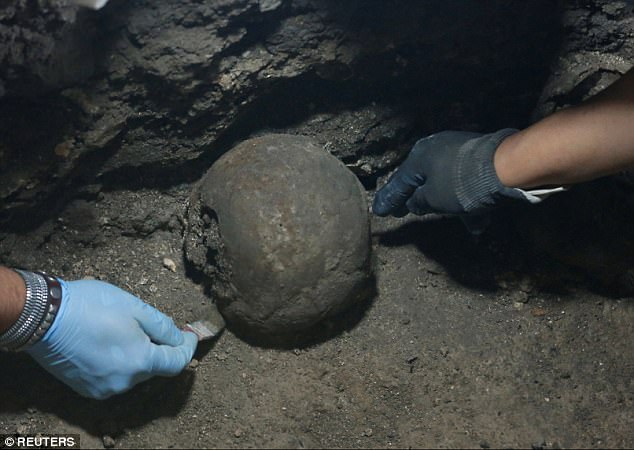 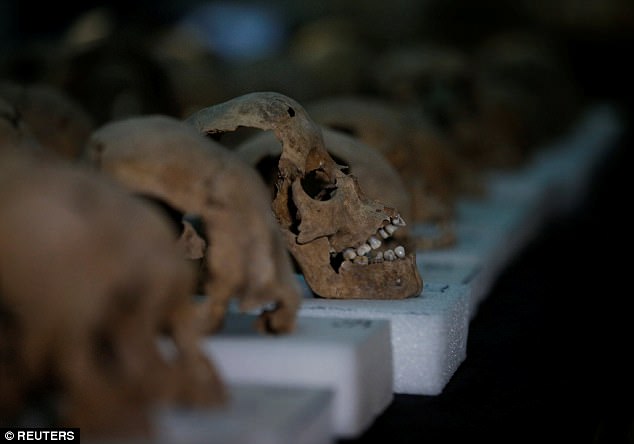 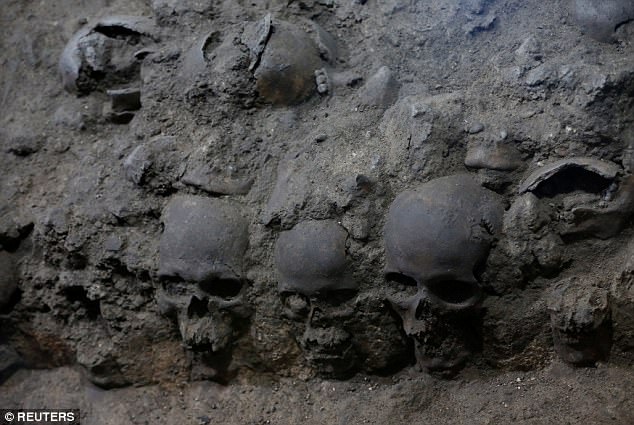 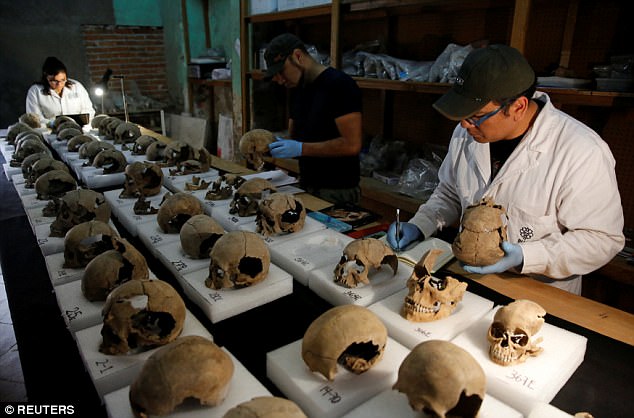