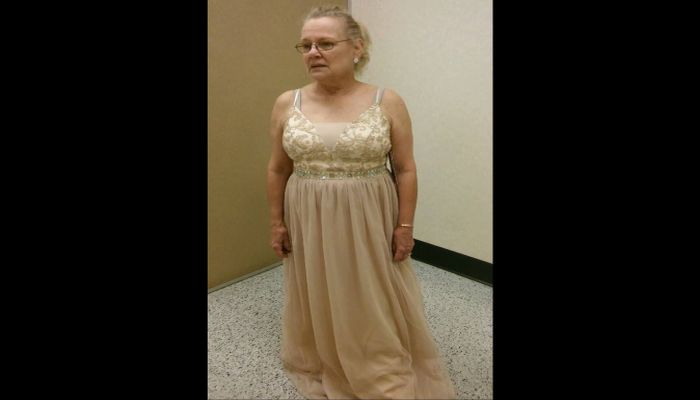 When Alabama high school senior Bryce Maine asked his grandmother to prom, he had no idea how much controversy it would stir up.

“I asked my Nanny to prom because she has never been to a prom before, so I figured why not let my last prom be with her,” Bryce said. “I just wanted to give my nanny a moment that will last forever, and I believe that every woman deserves to go to prom some time in their life.”

Bryce’s cousin, Sarah Catherine, said in a Facebook post that the school escalated the situation to the board of education but decided that bringing the older woman would set a precedent for future students to “do it as a joke and make the school a mockery.”

“My blood is boiling right now,” she wrote in the March 29 post. “My little cousin Bryce wanted to take our Grandma to his senior Prom since she has never been. Well after she done bought her dress and made plans, the principal decided that they cannot do that anymore… Like really?! Eufaula High School let my Grandma go to Prom!”

Thomas Maine commented on the post, saying he is Bryce’s father and raised him and his sister primarily as a single parent, so Bryce’s grandma “was there to fill in” as a mother figure. He said that he intends to pursue the issue further, but the school won’t return his phone calls.

The majority of the commenters on the Facebook post said that they were in support of Bryce’s unusual prom date and got the hashtag #letnannygotoprom trending, although some supported the school for abiding by their age limit restrictions.

Good Morning America reports that the school shared its policy in a statement to WMC, which restricts anyone who is over the age of 20 and not a student from going to the dance, .

“Safety of students and staff is the first and most important of the many tasks of a school administrator,” principal Steve Hawkins noted in that statement. “For the 10 years I have been high school principal, we have denied requests each year from students asking to bring older dates to prom. We do not chance leaving any stone unturned when it comes to safety. Most high schools have an age limit for prom attendees.”

Bryce said he is “disappointed and heartbroken” that he could not bring his Nanny to prom but added that “about most of everyone including teachers” stood by his side and felt he should be able to bring the woman who raised him to the event.