A 16-year-old German girl who was caught fighting for ISIS in Mosul has revealed she is desperate to leave Iraq and return to her family. Linda Wenzel was 15 when she vanished from the small German town of Pulsnitz in July last year to fight for the terror group after being groomed online by a Chechen Jihadist she is reported to have later married.

Last week she was pulled alive, wounded, dazed and dirty, from the rubble of a house in the Iraqi city of Mosul. Her father has spoken for the first time of his joy at learning his daughter was alive in Iraq while Linda has told reporters she regrets having joined the terror group. 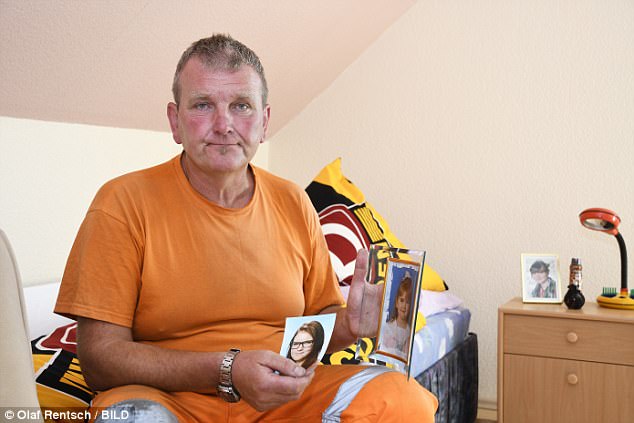 German broadcasters NDR and WDR and newspaper Sueddeutsche Zeitung said they had spoken to Wenzel at a military complex in the Iraqi capital, Baghdad where she said she was ‘doing well’.

She is said to have suffered a gunshot wound to her left thigh and told reporters she wants to be extradited to Germany where she would cooperate with authorities.

Her construction worker father Reiner, 52, said he was painting lines on a busy autobahn near his home in Dresden last week when he got the news that his daughter was alive.

‘I collapsed when I learned that Linda lives,’ he told Germany’s BILD newspaper. ‘I heard on the radio that they had found her alive in Mosul. 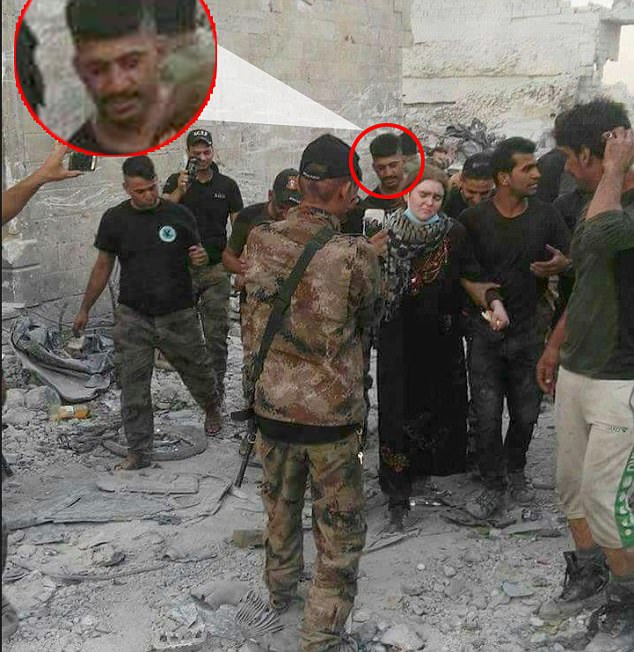 ‘My colleagues came over to me. I had to leave and go and sit at a service station where I cried.

‘That is my little one,’ he said, holding up the photo of a confused and dazed Linda taken by one of the Iraqi troops who rescued her.

‘I recognized her from a little scar across one eye that she got as a child from a garden swing. I have never seen my little one look so serious and so sad.’

Living apart from Linda’s mother Katharina, 48, he remembers her calling him on the night of July 3 last year asking if he knew where she was. Linda had told her and her stepfather that she was traveling to spend the weekend with as friend. But she had actually purchased a ticket for Istanbul using her moms money and from there was smuggled into Syria.

Reiner went on: ‘Laster she found a copy for the airline ticket which shows she had booked a return flight for July 3, but she never came back. They would never let her come back. 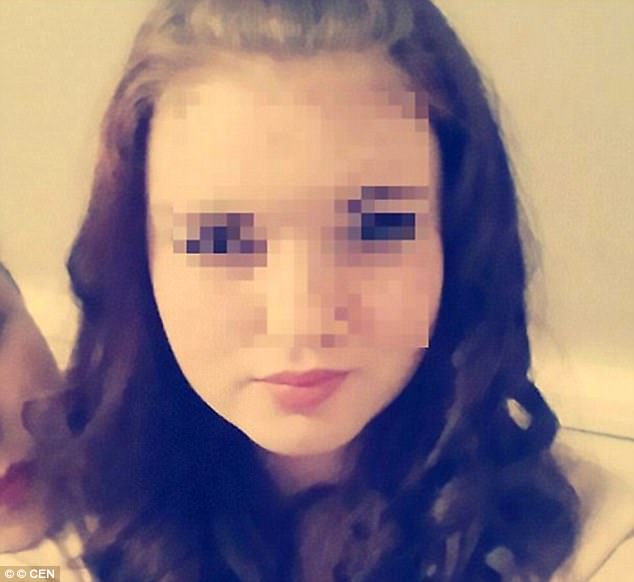 ‘On the day she left I had been in Pulsnitz painting road markings. She must have passed me on her way to the airport.

‘All the time she was gone I wished that my Linda was safe and that she would return happy and healthy to Germany. I would always be here for her.’

When she was gone police opened up a probe into her activities with ISIS, suspecting her of supporting a terror organization. If the investigation is deactivated she could face a ten-year jail term if she returns to Germany.

In theory, Iraqi authorities could sentence her to death for fighting for the militant group, although this odd seen as highly unlikely. German authorities are engaged in high level talks with Baghdad to see if she can be brought home to be reunited with her family. Yesterday, it was revealed that the teenager had a baby with her when she was found in the ruins of Mosul last week.