Actor Gary Sinise has received one of the highest military honors that a civilian can be awarded.

Sinise, an actor best known for his roles in “Forrest Gump” and “CSI: NY,” has become well known for his support of the armed forces. Since portraying wounded Vietnam veteran Lt. Dan in “Forrest Gump,” Sinise has developed a bond with disabled and wounded veterans across not only the country, but the world.

Sinise formed the Lt. Dan Band following the 9/11 terrorist attacks. His band provides American troops with entertainment while they serve their country.

Sinise also created the Gary Sinise Foundation, which aims to help first responders and military personnel through education, entertainment, financial aid and therapy. Through his foundation, Sinise has launched programs such as R.I.S.E., which builds homes adapted for severely wounded veterans; Soaring Valor, which gives World War II veterans the gift of a trip to pay their respects at the National Museum in New Orleans; and Relief & Resiliency Outreach, which provides support for veterans recovering from trauma.

The actor has also lent his voice to ad campaigns for the U.S. Army.

Now, Sinise is being honored with a special award for his service as a civilian. He will be receiving the Marshall Medal, which is given to those who have demonstrated “selfless service to the United States of America” in “more than one area or under extraordinary circumstances.”

The Marshall Medal is named after former General of the Army George Catlett Marshall Jr., who served as secretary of state, secretary of defense, and U.S. special envoy to China. Past recipients of the honor include Presidents Gerald Ford, Dwight D. Eisenhower and George H.W. Bush.

The Military Times says that the Marshall Medal is the “highest award for distinguished public service,” according to the IJ Review.

Sinise released a statement expressing his gratitude upon learning that he will be awarded the medal.

“I am honored to be invited to receive the George Catlett Marshall Medal from the Association of the United States Army,” he said in the statement. “It has been a great blessing to know there is something I can do to support the men and women in uniform who defend our nation and I will look forward to expressing my gratitude in person at the Marshall Dinner.”

The actor will receive the honor at the Marshall Dinner in Washington, D.C., on October 11. 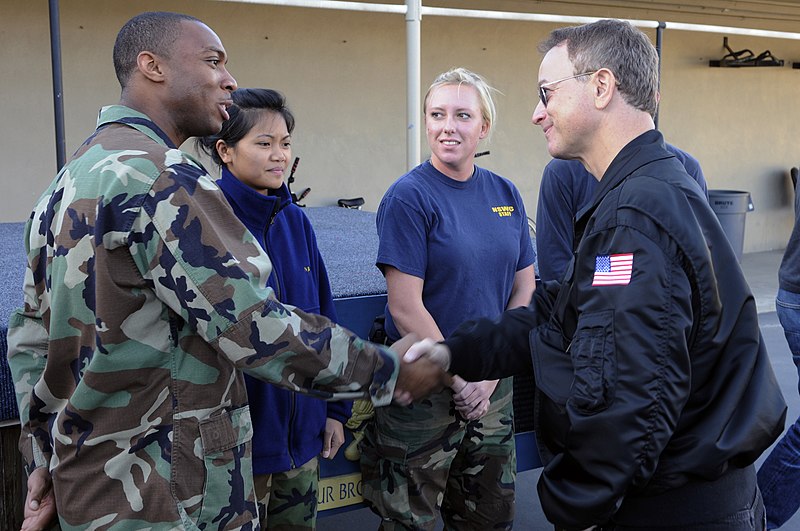