A man was arrested after allegedly shooting his son dead mistaking him for an intruder at his home.

Moments later, it turned out that the man he shot was his adult son, Nick Huner.

“RP [Reporting party] is saying he shot someone who came into his house. Now [he’s] saying it’s his son, and he’s dead,” said the dispatcher during the call.

Police confirmed that the man Huner shot died, though the coroner has not yet formally identified the body.

He was was arrested by Douglas County deputies on suspicion of second-degree murder and was released after posting a $50,000 bond. Investigators said the charges against him could change as the investigation moves forward and more information is uncovered.

In a similar story from 2012, a Connecticut man shot and killed his 15-year-old adopted son after the teen, who was wearing a ski mask, tried to break into a neighbor’s home.

Jeffrey Giuliano said he fired the gun when the teen came after him with a shiny object, according to the New York Post. He then waited outside for the police to arrive, unaware that he had just killed his own son. 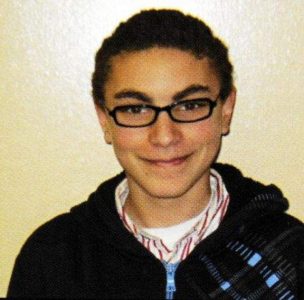 “The shooter did not know who the deceased was until we informed him,” Lt. J. Paul Vance said at the time.

Giuliano, a fifth-grade teacher, was reportedly in “utter shock” when he learned the identity of the intruder.

“All in all it’s a tragedy,” Vance said.

The New York Post reported that Giuliano had adopted Tyler when Tyler’s grandmother could no longer take care of him. Giuliano had been Tyler’s teacher in school.

A friend of Tyler’s spoke of the affection Giuliano felt for the boy.

“He just cared so much. Tyler was such a great boy, he couldn’t just leave him.”

He added that he and his friends were shocked to hear that Tyler was involved in a home invasion.

“We didn’t understand why Tyler was out,” the friend said. “It’s just weird. He wasn’t a delinquent or anything. He was always happy and outgoing. This just makes no sense at all.”

Giuliano was not charged with any crime.