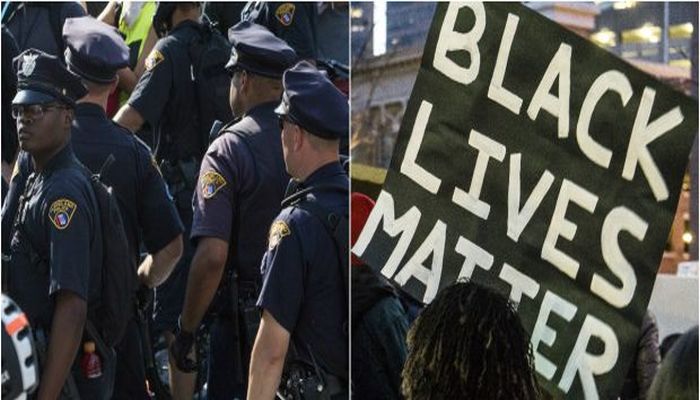 A Detroit man is scheduled to appear in court over threats he allegedly posted on Facebook last year.

The suspect, Nheru Gowan Littleton, put anti-white, anti-police messages on his Facebook page, and is now facing charges of making a terroristic threat and using a computer to commit a crime, The Detroit News reports.

“F them racist a** cops!!! Kill them ALL. Black Lives Matter. Black people should start killing all white cops just like they are killing us!!! Then and only then will this s*** stop. Why you ask? Because white people will be dropping like flies!!!”

The posts were likely a reaction to the police shooting of Alton Sterling, an armed black man. On the day of Littleton’s post, the Dallas sniper attack also occurred, in which a terrorist who expressed his desire to kill white cops killed five officers.

Initially, prosecutor Kym Worthy declined to press charges against Littleton and others who made similar online remarks, as she decided the posts weren’t criminal.

“These charges are solid and substantive. I stand with the cops. These threats are serious. They provoke violence. We filed these charges; they’re solid, and this is a fight worth fighting for,” Schuette told press in October when the charges were filed.

The ACLU has also gotten involved with the case, siding with Littleton’s right to free speech.

Michigan ACLU deputy legal director Dan Korobkin said, in part, “He was sharply critical of the police, and it’s understandable that some found what he said to be inappropriate and disturbing. But let’s be clear: he didn’t hurt anyone, nor did he plan to.”

“In America, we don’t arrest people, or prosecute them as ‘terrorists,’ just because they say things the police don’t like. We’re not a police state.”

Littleton was scheduled to appear in court Wednesday.