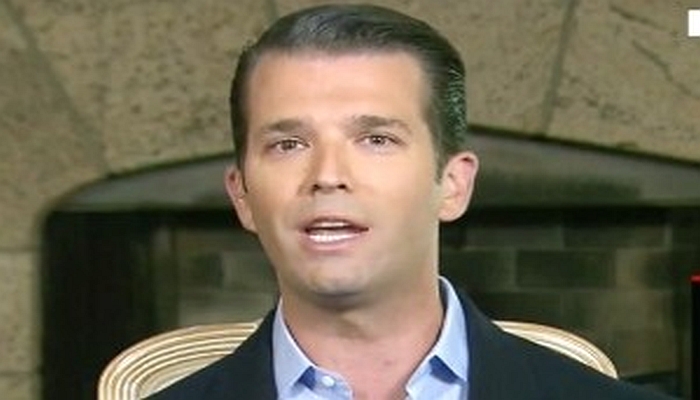 In an interview with The Pittsburgh-Tribune-Review, Donald Trump Jr. said candidly that the reason his father’s campaign wasn’t releasing his tax returns was because the revelations would detract from his message.

“He’s got a 12,000-page tax return that would create … financial auditors out of every person in the country asking questions that would detract from [his father’s] main message,” Trump Jr. said in an interview with the Pittsburgh Tribune-Review published Wednesday.

Trump Jr.’s answer contradicts the official position of the Trump campaign. Supposedly, Trump Sr. actually really wants to release his tax returns, but can’t because he’s under audit by the IRS.

Last month, Trump’s other son, Eric, gave a similar explanation as to why his father would be better off not releasing his tax returns ― even going so far as to call the move “foolish.”

Trump Jr.’s remarks to the Tribune-Review come amid increased scrutiny of the transparency of both candidates. On Wednesday, Clinton released medical information revealing more about her pneumonia diagnosis to the public, while Trump shared some new information in a taped interview on “The Dr. Oz Show.” Summing up his failure to provide key information about himself to the public,