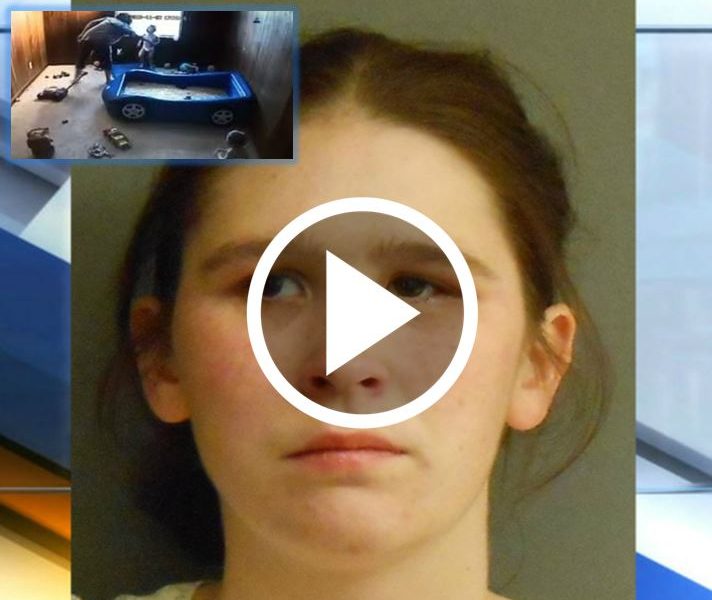 An Indiana father armed with good instincts and hidden cameras ultimately may have helped to save his children from an abusive situation.

Fox 59 reports that 24-year-old Kendra Beswick has been arrested after the father of her children posted a Facebook video of the woman allegedly abusing them. Authorities were alerted to the incident on Nov 30.

According to reports, the man had a feeling something bad was going on, especially after he noticed bruises on his young kids. Steven Corthorn said that when he would ask Beswick where the bruises were coming from, she always had an excuse, often saying they’d gotten hurt while playing.

Corthorn didn’t believe that all the kids’ bruises could be by accident, so he rigged the house with hidden cameras to try to figure out what was truly going on.

When he checked one of those cameras last month, Corthorn said his heart broke upon allegedly seeing the kids be abused. Corthorn gave a lengthy interview to WHAS, saying, “It is awful. I have cried many nights because I just felt like I couldn’t do anything for my children.”

He added, “I don’t know any other kid that would get hit on like that and not just lay there and cry. But these kids acted like it was a normal everyday thing. And that’s very upsetting. I can’t believe a mother would put their children through that.”

After Beswick tried to move out and take the kids with her, Corthorn said he felt he had to get the video out there. That’s when he posted the video to Facebook.

An emergency hearing with a judge granted Corthorn joint custody, even though he was seeking full placement. It wasn’t until he had the kids last Friday and noticed new bruises on them that he called the Indiana State Police, WHAS reported.