Michigan Has Turned Their Witch Hunt To Sidney Powell!

BREAKING: Identity of CCP Defector Confirmed And Has Info About Wuhan! 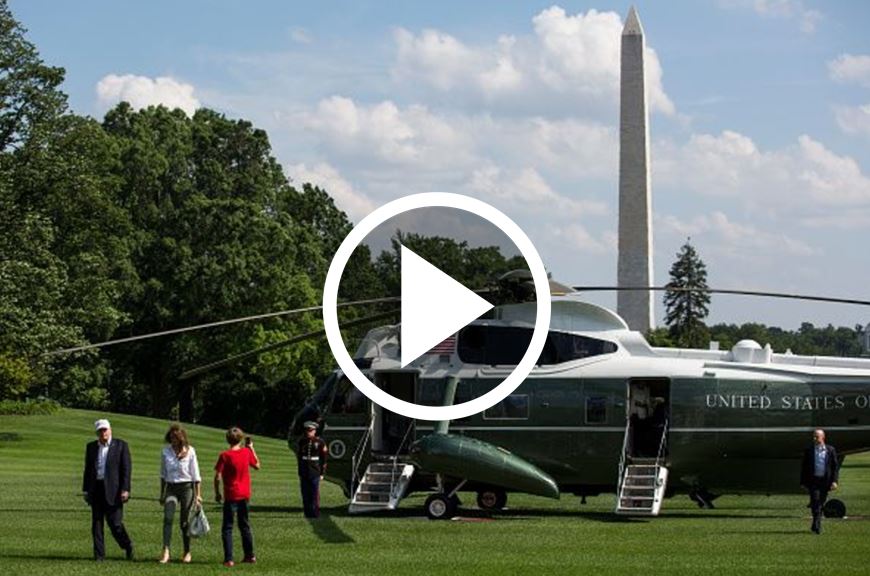 President Donald Trump, First Lady Melania Trump and their son Barron Trump, can be seen in the above photo from Father’s Day, Sunday, June 18. The trio returned from Camp David in Maryland, and President Trump responded to a reporter’s question, but Barron can be seen looking at what appears to be a smartphone with a red case. In the below video from CNN, Barron took a second or two to use the phone to either snap a photo of Marine One, after Barron and President Trump and Melania deplaned the aircraft, or attempt to take a photo.

President Trump got off of Marine One first, followed by Barron, who took time to pull up his pants a bit and wait for Melania to walk off of Marine One. After the trio began walking away from Marine One, Barron turned around and sized up the aircraft in the lens of his phone, appearing to zoom in or out using the standard two-finger motion known to smartphone users.

With all the adeptness of an experienced smartphone user, Barron didn’t take long to appear to open or unlock his phone and snap a photo of the aircraft, not appearing to snap a selfie, due to the angle of the phone. One wonders about the security of such a device carried by Barron, which likely doesn’t upload photos automatically to the iCloud like many iPhone users have their phones set to accomplish.

After Barron appeared to take a photo of Marine One, he walked across the South Lawn with President Trump and Melania.

Barron looked down at his phone once more, as seen in the below photo with Mr. Trump responding to a reporter. Perhaps Barron was checking out his newly snapped photo that he took after landing at the White House.