No matter how educated a person thinks they are, all it takes is one truthful comment and the whole world wants your head, even if every world is true. That is what happened to the president of a North Dakota college this week, and now he is doing the backwards shuffle. It seems the President, is in hot water after he made a statement that many believed was a disparaging remark about a high school education, rather than a statement of fact. 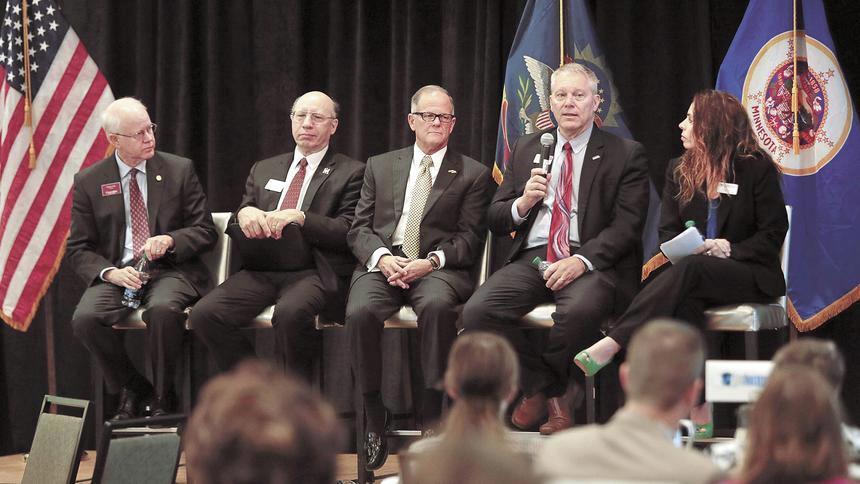 John Richman, the president of North Dakota State College of Science told a radio talk show host last month; “a high school diploma provides only enough education to be a ward of the state.” That statement of fact now has liberals going off the “Reservation” and demanding his “scalp”. President Richman later doubled down on the remark by saying; “Today to be a contributing member (of) society you need almost an associate’s degree. That is what it requires to be a contributing member of society.”

Needless to say, teachers and other liberal democrats were not happy to hear these remarks from the head of a state supported college. But surprisingly, besides being heavily criticized on social media. North Dakota Republican Party district chairman John Trandem also said on a Fargo TV station program that Richman’s words were “unfortunate.” Guess what Mr. Trandem, the truth usually is “unfortunate”.

Trandem went on to say; “I have a high school education, not a day of college in my life. I support my wife and children adequately. We don’t take any public money. I think that’s the frustrating part, when you have college presidents essentially trying to shame people into going to college.” Obviously Trandem was either trying to suck up to the teachers union, or fails to realize that the education most children receive today is not the same one that older Americans received even 30 years ago.

Meanwhile, Richmond has caved and calls remarks “inappropriate”. “I have obviously offended some people and I owe them an apology. I do apologize because it was never my intent to offend anyone. I made a mistake and it’s it’s totally on me.”

Richman said; “What I’m advocating for and what a lot of these national associations are advocating for is the future. The research will tell us. In order to enter the workforce in the future, the vast majority of people are going to need beyond a high school diploma.”

But the facts are that President Richman was right, most people coming out of high school can’t make change for a $3.23 sale if you had them $10.03 cents, let along read an oscilloscope or a set of calipers, if they even know what they are. Sure there are exceptions, but we are talking the rule here. Today, most high school graduates would have been in a soup line just 40 years ago unable to find a job doing anything other than mopping floors or picking up trash and it wouldn’t have paid $15.00 an hour either.