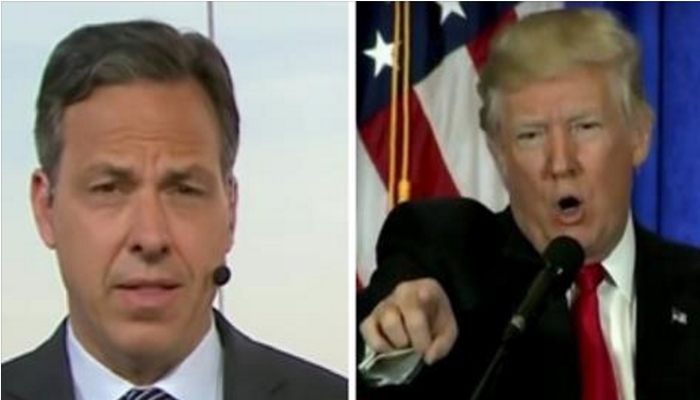 *Note – When this article was published I incorrectly stated that CNN had posted a 2-page appendix of the 35 page dossier that was published by BuzzFeed. This bit of information is incorrect. Although CNN broke the story and reported on the two-page document, the network did not publish a single page of the dossier in question.

The news network issued a statement on Wednesday which claimed their report was “vastly different” than the full, unverified dossier published by BuzzFeed.

We are fully confident in our reporting. It represents the core of what the First Amendment protects, informing the people of the inner workings of their government; in this case, briefing materials prepared for President Obama and President-elect Trump last week. We made it clear that we were not publishing any of the details of the 35-page document because we have not corroborated the report’s allegations.”

Since then BuzzFeed has been trying to avoid a public argument with CNN over its decision to publish the whole document.

During Wednesday’s media presser, Trump blasted BuzzFeed, calling it a “failing pile of garbage.” He also refused to take questions from a CNN reporter, telling him to be “quiet” and calling his company a “terrible organization” which publishes “fake news.”

CNN anchor Jake Tapper thought Trump was wrong for not taking the network’s question during the event — but he admitted that “irresponsible journalism hurts us all.”

This latest controversy has intensified the debate on the responsibilities of the free press and whether or not news companies should face penalties for peddling false information.
Vice President-elect Mike Pence also took the media to task over the incident.

“You know, I have long been a supporter of a free and independent press and I always will be,” Pence said. “But with freedom comes responsibility. And the irresponsible decision of a few news organizations to run with a false and unsubstantiated report, when most news organizations resisted the temptation to propagate this fake news, can only be attributed to media bias and attempt to demean the president-elect and our incoming administration, and the American people are sick and tired of it.”

Trump himself thinks reforming the press is not a solution. Instead companies should make an attempt to hire honest journalists with a “moral compass”.

“I don’t recommend reforms, I recommend people that have some moral compass,” Trump said in response to a question from Breitbart News. “I’ve seen people destroyed. I’ve seen people absolutely destroyed, and I think it’s very unfair. So all I can ask for is honest reporters.”

What do you think? Scroll down to comment below.