A million years before Jude Sparks was born, there were all kinds of strange animals and reptiles running across the American Southwest. One of them was known as Stegomastodon, an early ancestor of the Woolly Mammoth and the elephant of today. But earlier this year, the two creatures came together in an important archaeological moment in history. 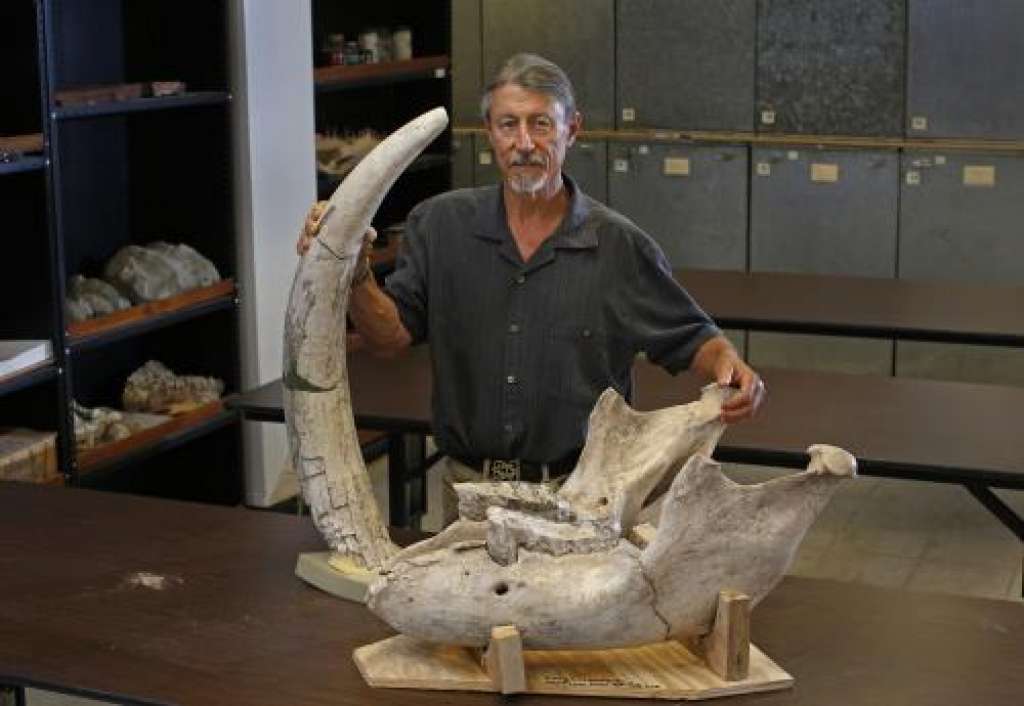 Nine year-old Jude was playing with his brother in the New Mexican desert when the boy tripped and landed beside a massive skull. “I didn’t know what it was,” Jude told El Paso ABC affiliate KVIA. “I just knew it wasn’t usual.”

At the time of the discovery, neither Sparks nor his parents, who were biking nearby, recognized the skeletal remains of the million-year-old creature preserved in the desert sands of Las Cruces. Sparks’ parents took a photo of the skull, presuming it belonged to an elephant, and went to work googling. When their online search came up empty, they emailed Peter Houde, a biology professor at New Mexico State University (NMSU).That was when the Sparks’ found out Jude had stumbled upon an archaeological treasure: a mostly intact stegomastodon skull.

A day after Jude’s fortuitous stumble, Houde headed out with the family to take a closer look and confirmed that the skull “is really very unusual to find,” he revealed in an interview with the New York Times. According to the newspaper, prehistoric fossils usually break down after exposure to the elements, but the Sparks were fortunate to have discovered the skull just after strong rains made it visible to the naked eye.

“Erosion is a paleontologist’s best friend,” Spencer Lucas, curator of paleontology at the new Mexico Museum of Natural History and Science, explained to National Geographic. This May, after months devoted to securing funding and planning, the Sparks family and a university team excavated the nearly 2,000-pound fossil. Houde estimates the skull to be about 1.2-million-years-old. He believes it is one of only a few hundreds of stegomastodon fossils unearthed globally.

“This may be only the second complete skull found in New Mexico,” the biologist explained in the university’s statement. Stegomastodons are not dinosaurs. The elephant-like creature walked the earth as recently as a million years or so ago, reports the Times, and dinosaurs died close to 66 million years ago.

Sparks told the Times that he used to be very interested in fosssils, and discovering the skull has reinvigorated his interest in archaeology. But the find really hasn’t increased his street cred with friends on the playground. “Most of them didn’t even believe me,” Jude told KVIA.

But Dr. Houde issued a warning to any would be fossil hunters, saying he doesn’t encourage citizen scientists to take to the desert in search of fossils. “When people find out about these things, they might be tempted to go out there and see what they might find themselves. To be quite honest, all these fossils from this area are radioactive and especially for children, not something you would want in your home.”