A bodybuilder in Australia sparked outrage after he uploaded a video in which he mocks an elderly woman using a weight machine at the gym. Conor Tisdell posted the video clip to his Instagram with the caption: “Epic bro gainz.” Underneath the video he commented that he has “never laughed so hard.”

A woman named Deb, who says she has also been mocked by Tisdell at the gym, spoke to the Daily Mail about her reaction to the video. “It’s disgusting. He’s starting an ongoing trend to publicly shame and embarrass people,” she said. “The most disgusting part is this gym is in a very low socio-economic part of Brisbane.”

“He should have gone up to her and asked if she wanted him to show her how to use the equipment,” Deb added. “It’s online bullying.”

Several of Tisdell’s followers made fun of the woman in the comments below the video. One of them, according to Deb, is an employee at the gym. “Aww when you know who the member is,” the employee wrote, adding four laughing emoticons.

Deb is concerned that behavior like Tisdell’s is going to “mess with people with low confidence.”

“I can handle [the bullying], but when I saw what he did to this elderly woman, I was shocked,” she said. The incident is similar to one that occurred in Los Angeles in July, when Playboy model Dani Mathers photographed an elderly woman in the shower at the gym and shared it on social media.

According to reports from L.A. Times, Mathers sent out the image via Snapchat with the caption:

“If I can’t unsee this then you can’t either.” 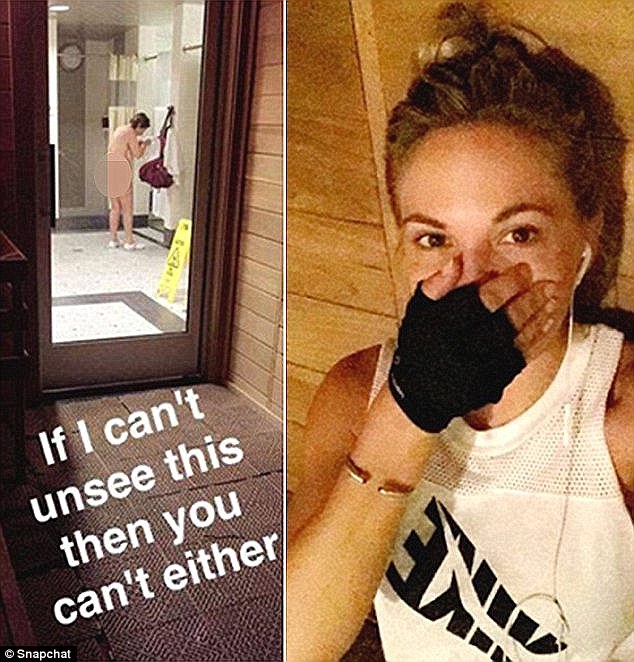 After public backlash over the image, Mathers issued an apology on social media.

“That was absolutely wrong and not what I meant to do,” she is reported to have said. “I know that body-shaming is wrong. That is not the type of person I am.”

She was later charged with one misdemeanor count of invasion of privacy, to which she has pleaded not guilty.

City Attorney Mike Feuer explained in November that body shaming should not be tolerated by society:

“Body-shaming is humiliating, with often painful, long-term consequences. It mocks and stigmatizes its victims, tearing down self-respect and perpetuating the harmful idea that our unique physical appearances should be compared to air-brushed notions of “perfect.” What really matters is our character and humanity. While body-shaming, in itself, is not a crime, there are circumstances in which invading one’s privacy to accomplish it can be. And we shouldn’t tolerate that.”