See how a psychopath child before that who was treated has been cured and she became normal as she turned to adult.

The subject of a 1990 documentary who reportedly suffered violent sexual abuse from her father is now an adult. Her life has drastically changed.

In 1990, HBO aired a documentary called “Child of Rage,” which focused on a young girl named Beth Thomas, who developed psychopathic behavior as a result of horrific abuse as a baby.

Beth was violently sexually abused by her father until she was about 19 months old, according to Rewind The Past. Her mother died when she was a baby, leaving her and her infant brother in her father’s care.

Beth and her brother were later taken out of their father’s care and adopted into a new family. Their new parents, Tim and Julie, knew something was not quite right with their daughter at a young age. At one point, she began killing baby birds and her parents became concerned.

The Thomas family knew something was wrong with their new adopted child when the seemingly sweet girl unexpectedly killed a nest of innocent baby birds and also attacked her brother while he was asleep. When they spoke to her, however, the 6 year old girl smiled, apologized and said she understood that what she did was bad and it would stop. But things only got worse.

Soon Beth attacked her little brother so badly that the boy had to be sent to hospital and receive stitches. The little girl repeatedly smashed his face into the concrete floor.

Tim and Julie reached out to the adoption agency to see if they knew anything that may have led to the children’s behavior, but the agency was unable to give them any information due to confidentiality laws.

After doing some digging themselves, Tim and Julie found out that both children had been badly abused by their father.

The family’s story, focusing on Beth, was the subject of “Child of Rage.” In the documentary, Beth is shown calm telling her therapist, Dr. Ken Magid, that she enjoys molesting her brother and killing baby birds. She even told the therapist that she dreamed about murdering her parents and little brother. 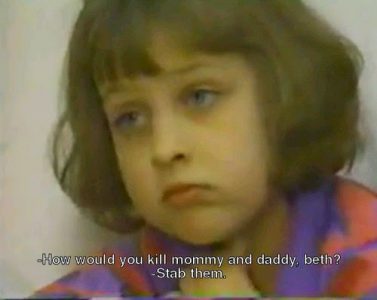 Tim and Julie said in the documentary that no matter what they did or how many times they spoke to Beth, she continued to tell them that she wanted to kill them.

At one point, Beth slammed her brother’s head into concrete in an attempt to kill him. Fortunately, he survived.

Beth was eventually diagnosed with a severe case of reactive attachment disorder, a psychological condition caused by extreme physical or emotional abuse. The disorder prevents children from being able to connect with others.

Beth became so dangerous at one point that she was taken out of the care of Tim and Julie and placed into the care of professional therapist Connell Watkins. During her 18 months with Watkins, Beth went through training for intensive behavior modification in hopes she would develop empathy for others and end her psychopathic behavior.

Now, Beth is a healthy, mentally stable adult. According to Oddity World, Beth is now a registered nurse at a hospital in Flagstaff, Arizona, where she works in the neonatal unit. 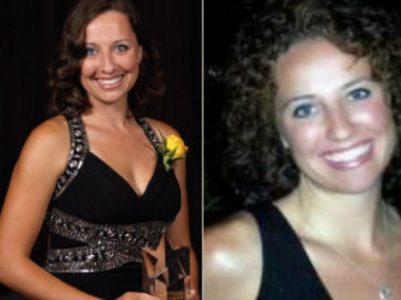 Beth has written a book about her experience titled, “More Than a Thread of Hope.”