A young woman with her son was left stunned when a man on a train handed her money and a note that praised her parenting skills.

Sammie Welch, 23, who was traveling with her three-year-old son Rylan, said she’s actively searching for the stranger who approached her and handed her a note, along with €5 [$5.60], saying that it had fallen out of her purse.

The note, written on a piece of paper, was signed “man on train at table with glasses and hat.”

“Have a drink on me, you’re a credit to your generation, polite and teaching the little boy good manners,” it read. “PS I have a daughter your age, someone did the same for her once. Hope when she has children she is as good a mother as you.” Welch said she became emotional after reading the touching letter.

“When I looked at it and saw what was written I was so shocked. I feel really overwhelmed by it all, it was just so lovely to get it,” she said. “I’ve put the money in a savings account for Rylan now, I thought that was the best place for it.

“I wish I could remember him but I just can’t,” she continued. “I really want to thank him personally.”

Welch said she believes that the man spotted her and Rylan playing during their long train ride.

“He was eating his dinner, I had made him a packed lunch, and we were laughing at the fact he kept calling his grapes strawberries,” she said. “He was just being a happy, laughing little boy. We were playing together and I was trying to keep him occupied. He normally gets quite rowdy and bored on long trains so I was doing my best to entertain him as much as I could.” 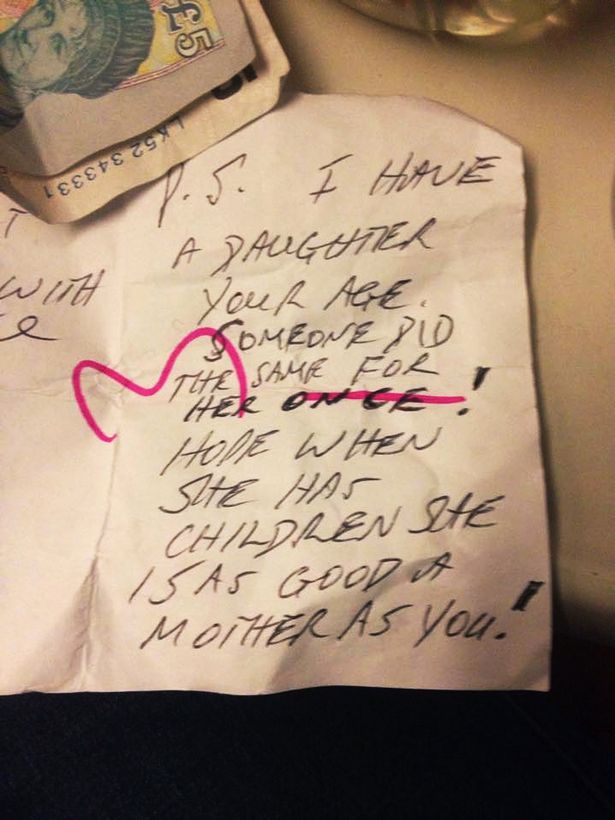 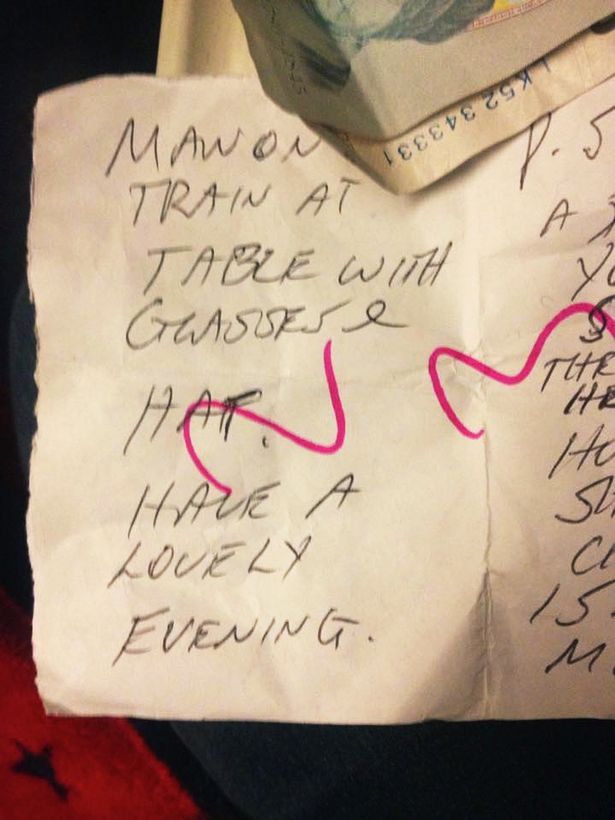 Welch turned to Facebook to enlist the help of anyone who might be able to help locate the man. “I always see things like this (on Facebook) and never thought that I one day would be on the opposite end,” she said. “He shows there are still good people out there and I want him to know I am truly grateful.”