Despite recent reports that the self-appointed Caliph of the Islamic State, Abu Bakr al-Baghdadi has been killed in recent fighting both in Mosul, Iraq and in Raqqa, Syria, a top Kurdish counter-terrorism official said on Monday he was 99 percent sure that the fundamentalist Muslim leader was alive and located south of the Syrian city of Raqqa. Lahur Talabany told Reuters today that: “Baghdadi is definitely alive. He is not dead. We have information that he is alive. We believe 99 percent he is alive.” “Don’t forget his roots go back to al Qaeda days in Iraq. He was hiding from security services. He knows what he is doing.” 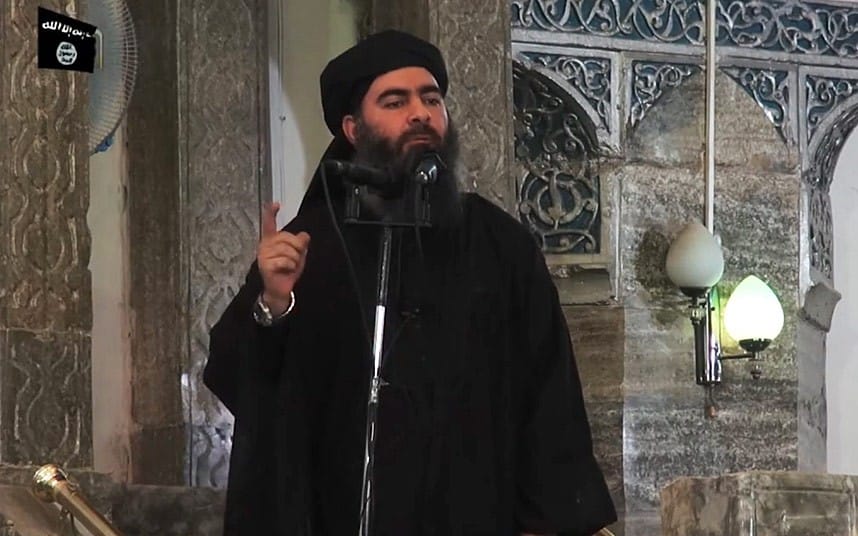 Reports of his death have come to Iraqi security forces several time over the last three years, including twice from inside Mosul and three times from the area surrounding Raqqa. With the end of the occupation by the Islamic State in Iraq’s second largest city, those reports have again surfaced. Iraqi security forces say there is no doubt that Baghdadi was in Mosul, but they believe he fled a few weeks ago with several members of his security detachment as government forces closed in.

Reportedly, al-Baghdadi “retreated” to Raqqa to personally take command of that city’s defense from renewed coalition attacks as the pressure on his forces in Mosul increased. At one point, the so-called Islamic Caliphate that al-Baghdadi had proclaimed, stretched from the Syrian coast to just short of the city of Baghdad, Iraq, but now it has been reduced to a series of small villages and the city of Raqqa.

Talabany said the Islamic State was shifting tactics despite low morale and that it will still take three or four years to totally eliminate the group. After their official defeat, Talabany says the Islamic State will wage an insurgency and resemble al-Qaeda on “steroids”. The future leaders of Islamic State are expected to be intelligence officers who served under former Iraqi dictator Saddam Hussein, the men credited with devising the group’s strategy. These men must be hunted down if there is ever to be peace in the region.