This Is How To Protect Yourself Against COVID Shedding!

These Are The Sick COVID Experiments They Are Doing With Plants! 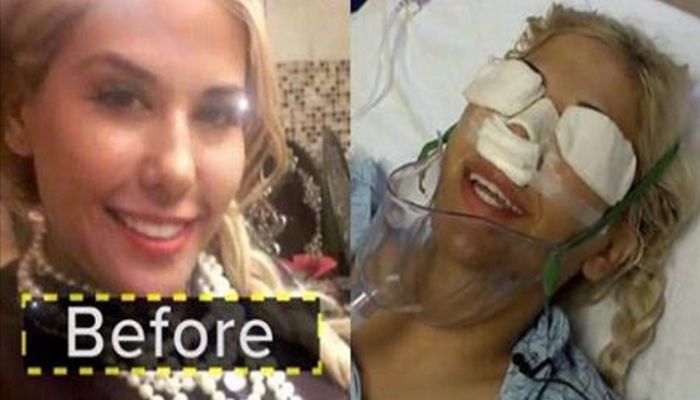 In what some plastic surgeons have called a trend, multiple women have spent tens of thousands of dollars on plastic surgery to look like President Donald Trump’s daughter, Ivanka Trump.

“In my practice, Ivanka is sort of the new style icon for plastic surgery,” said Franklin Rose, a plastic surgeon who works in Houston, Texas. Rose said that he has done work on multiple women who “wanted to look more like President Trump’s elder daughter,” USA Today reports.

“In the last year and a half, I’ve seen several patients who came in with picture of Ivanka,” Rose said. “The Ivanka thing is very widespread, at least in Texas.”

One of Rose’s patients, Tiffany Taylor, 33, has reportedly spent $60,000 on plastic surgery to make herself look more like Ivanka, according to People. Taylor said that she wanted to emulate Ivanka’s “classic features.”

“She’s so beautiful, so classy, so elegant, and she’s a mom,” said Taylor, a mother of three. “I liked her classic features. She has a lot of things that are really elegant and pretty on her face.”

Over the course of eight months, Taylor said that she underwent $60,000 of plastic surgery procedures, including cheek injections, two nose jobs, breast augmentations, eye and face lifts, liposuction, and a procedure to make her eyes look more open.

Taylor said that she is happy with her results, saying that she now feels “ready to conquer the business world.” She said that while she doesn’t look identical to Ivanka, she looks like “myself with features modeled after what [Ivanka] has.”

“I feel more refined and polished, and ready to conquer the business world,” Taylor said.

Another patient of Rose’s, 37-year-old Jenny Stewart, spent $30,000 in her quest to look like Ivanka. Stewart said that she underwent a six-hour surgery to reshape her nose and augment her breasts to look like the businesswoman.

“I thought Ivanka was classically pretty and not overdone,” said Stewart, who reportedly first began to admire Ivanka during the election. “I had always admired her appearance, but then I started seeing her more often in the media.”

Though Stewart admires Ivanka’s appearance, she said that she voted for Democratic presidential nominee Hillary Clinton in the 2016 election, according to Daily Mail.

“It might seem ironic to some I’ve spent all this time and money to try and look like Ivanka, who I still adore and I think she’s gorgeous and a good business woman, but I don’t associate her with father,” said Stewart.

Another plastic surgeon, Rod Rohrich, said that he has also had patients come in with photos of Ivanka in recent months.

“Yes, absolutely,” said Rohrich, “I have had a lot of patients in the past six months or more who ask about Ivanka’s great and sculpted, clean facial features, including her high cheek bones and beautiful skin and elegant nose.”

Rohrich said that Ivanka was “in the top five” on the list of celebrities that patients mentioned when asking for rhinoplasty and fillers.

“She’s the star of the media at the moment and she’s disarmingly beautiful,” Rose explained. “You get a lot of J.Lo, everyone wants her buttocks, but over the past four months it’s been all about Ivanka.”