Emily Lance an admitted anarchist and an acknowledged POS is getting death threats after she urinated on an American flag.  Of course she is a Crazy Bernie Sanders supporter.  She labeled her video F*** your country. F*** your stupid f****** flag’  If she hates the country so much why doesn’t she leave.  If she’s short on money, I would gladly contribute to a Go Fund Me Page as long as she really leaves the country.  Her parents must be so proud of their little Nakita.

The video quickly went viral as thousands of people slammed Lance for being disrespectful to the nation and the flag.

Social media users sent her death threats, suggested someone slit her throat and even offered to pay money for someone to kill her.

One social media user told Lance that someone had used Craigslist to put an ad for a $3,000 bounty against her.

Others called her disrespectful, unpatriotic and offensive for urinating on an American symbol.

Some commenters suggested that Lance was a ‘snowflake’, ‘liberal extremist’ and the result of ‘privileged white kids in this new generation’.

Lance was called an ‘attention w****’ and ‘worthless’, with some commenters saying she has ‘no self respect’.

As the video, which has since been deleted, caught traction online, Lance tried to explain why she decided to share the video.

‘Freedom (of speech/expression) means that I’m entitled to do and say as I please, EVEN if you don’t like it, so long as I am not physically hurting someone – and no, your precious feelings don’t count, that’s your own problem,’ she wrote. ‘What don’t you people understand? 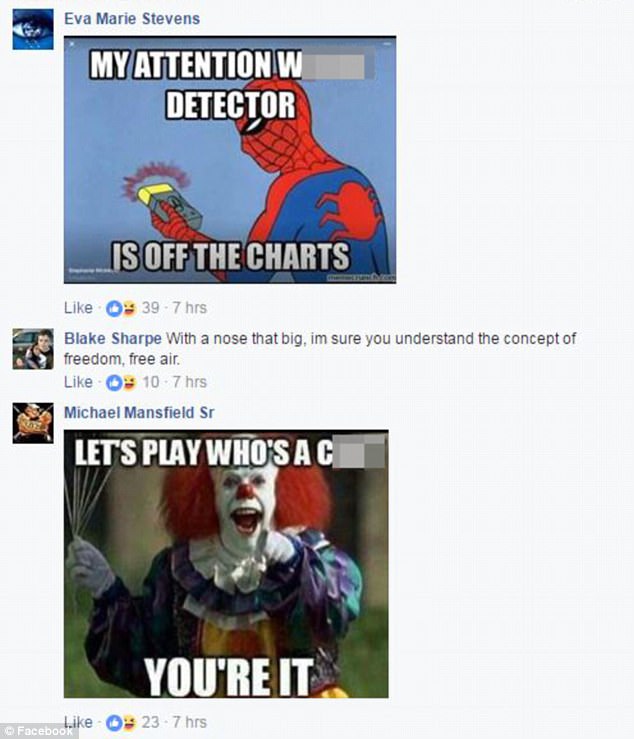 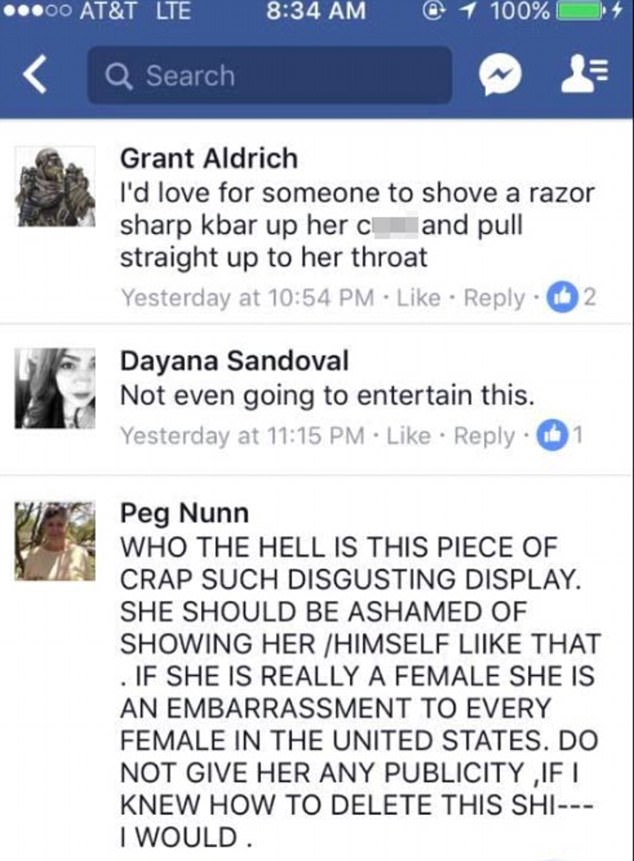