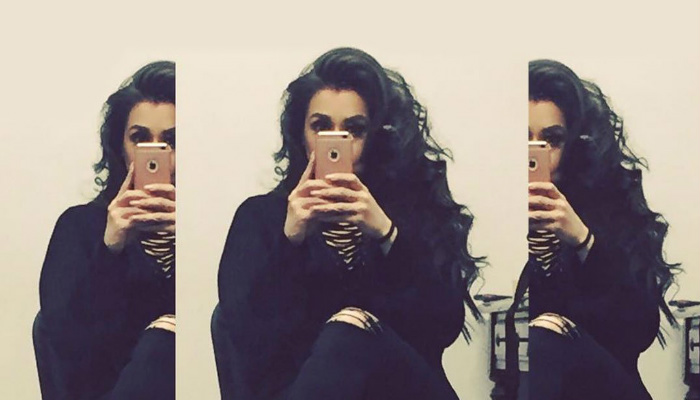 When you think of revenge, what comes to mind? Maybe outing the truth behind someone’s lies or slashing their tires? That’s how plenty of people would react if they discovered their partner was cheating and sneaking around, right? Nope—at least, not 34-year-old Texan Betsy Ayala. After she and her husband had their daughter in 2013, things were going great. It only took half of a year for Betsy to uncover some heartbreaking and disappointing news, though.

Instead of doing things the easy way—something negative and hurtful, perhaps—Betsy chose to take the high road and made a permanent change that gave her the last laugh. Read on to learn about her inspiring story!

Betsy faced challenges before, during, and after her pregnancy, like many women around the world. She weighed around 260 pounds after giving birth to Isabella, and she struggled with postpartum depression, which only worsened her bad eating habits and added to her weight gain.

“I was always the chubby kid,” she told the Daily Mail.

Throughout her twenties, Betsy had usually weighed over 200 pounds. “I never played sports or wanted to take in physical activity because I was overweight,” she told the Daily Mail. She had her husband to lean on, though. He had supported her and stood by her since she was 17 years old.

By the time Isabella turned six months old, everything had changed. Betsy had been dealing with the challenges of motherhood in addition to her issues with depression and anxiety, and she wasn’t prepared for what she would soon discover. “At that point, my whole world fell apart,” she said.

After dealing with suspicions, Betsy chose to take a look at her husband’s Facebook account. She scrolled through his messages and it didn’t take long to track down the troubling truth: He had been cheating on her with another woman and hiding it the entire time, essentially living a double life.

Not only did she uncover her husband’s infidelity, but the messages between him and his mistress were made up of heartbreaking content. The pair had spent plenty of time discussing Betsy at length—trashing her for being fat, calling her a cow, and sharing so many other hurtful statements.

Betsy knew that it was time to make a change in her life.

“This is not going to define who I am. I don’t want to be the way I have been all these years,” she told People magazine. So she began the journey of making permanent changes in her life. She began training at the gym with her sister, starting with classes and diet changes.

She was soon lifting weights and running nearly every day. She’d already been trying to eat a healthier diet before uncovering her husband’s infidelity and lost around 30 pounds with the help and guidance of her family. The cheating discovery led to a real and unstoppable motivation, though.

It wasn’t easy at first. “I would cry after every workout,” she said. “It was then that I decided that this wouldn’t define me and I was going to change for me and for my daughter.” She focused on setting great examples for her daughter and making life better for herself.

Betsy’s determination helped her lose an incredible 103 pounds within three years. It wasn’t easy, of course, but along the way, she developed a newly optimistic outlook on life. “I’m happier, I’m confident, and most of all, I’m positive,” she said. And the way she feels about her husband changed, too…

3. A Blessing In Disguise

Betsy is sure that she didn’t lose the weight to get back at her husband in any way. She’s even described him as “an amazing father and a great friend.” That’s some serious maturity. She described his actions as a blessing and pointed out that without the discovery, she may have never changed her life.

“It took me a while to get to that place of forgiveness,” she said. “But what he did was about him and not me. Going through the struggles, you come back stronger than ever, because those things that happened to you, happen to you for a reason: for you to grow and learn.”

Betsy now counts her Instagram followers at around 60,000, and she’s made it her personal goal to inspire others to make positive life changes, just as she did. She shares gym selfies, motivational quotes, and interacts with her followers to encourage them to enact change in their own lives.

Not only is Betsy’s story incredible, but it’s inspiring. She lost over 100 pounds in three years all while regaining her emotional strength and dealing with a supremely tough loss. She’s really a prime example of how a positive mindset and serious determination can help anyone make it through life’s seemingly insurmountable obstacles, and it’s so easy to see that she’s going to raise a smart and talented daughter, too.

If you’d like to follow Betsy, check her out on Instagram. Make sure to share this story with your friends and family, because it could inspire someone to make great changes in their own life!