PARENTAL WARNING: These details may be too intense for children. 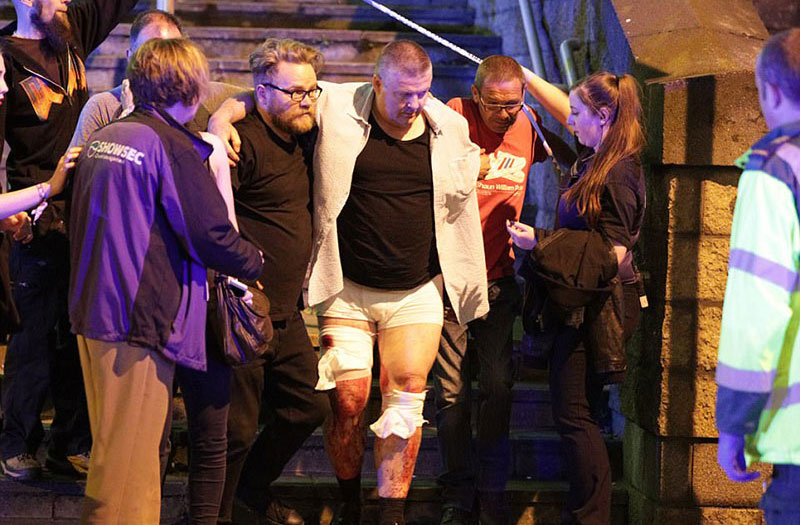 Authorities in the United Kingdom are now reporting that a male suicide bomber with an improvised explosive device was responsible for the deadly blast at a Manchester Arena concert late Monday evening, according to Sky News.

At least 22 people were killed and 59 injured at the conclusion of the concert for 23-year-old American pop star Ariana Grande.

A witness described horrific details of what happened after the explosion, bringing to light the pure evil of these types of attacks. 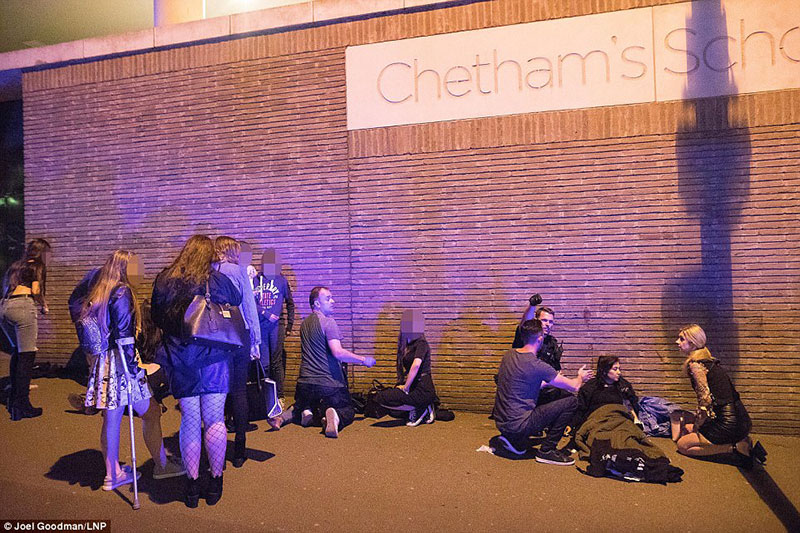 33-year-old Chris Parker said, “There was people lying on the floor everywhere. I saw a little girl… she had no legs. I wrapped her in one of the merchandise T-shirts and I said, ‘Where is your mum and daddy?’ She said, ‘My dad is at work, my mum is up there.’”

Parker believes her mother was among the dead. He also tended to an older woman.

“She passed away in my arms,” he said. “She was in her 60s and said she had been with her family.

“I haven’t stopped crying,” he added. “The most shocking part of it is that it was a kids’ concert.”

Parker also gave an indication of the particularly gruesome nature of the bomb, evoking images of the 2013 Boston Marathon bombing.

“There were nuts and bolts all over the floor,” he said. “People had holes in their back. It’s the screams I can’t get over and the smell… I don’t like to say it, but it smelled like burning flesh.”

Other reports have also referred to the device as a nail bomb.

One wonders if this will finally wake European leaders up to the fact that they can no longer stand behind political correctness and continue to claim that Muslims in Europe are not a serious problem.  It’s coming to a point where they may finally understand that their countrymen’s lives are more important than the virtuous feeling leaders get when they go out of their way to not piss off Muslims who come into their country with no sign of assimilation into the civil society.  The people of Europe should rise up and demand that their leaders stop turning their countries into Muslim depots, especially when they cannot properly vet who is coming in.  But we won’t hold our breath.

Please pray for the victims and their families. Pray for them to look to God for comfort. Also pray for the safety of investigators as they root out the cause of this attack.