After all, isn’t terminal hotness a condition?  And these women don’t need notes from their doctors because their conditions can easily be seen with the naked eye.  The only possible cure is age and as we see with Elizabeth Hurley and Christie Brinkley, that doesn’t always work.

One of the promises Donald Trump made during his presidential race was to repeal the Affordable Care Act and he has been working towards completing that process since he took office in January.

Republicans in the senate have been deadlocked trying to repeal and replace Obamacare for a while, but the GOP leaders are expected to announce an updated bill very soon and could vote on the legislation as soon as next week.

One of the aspects of the legislation that is slowing the process deals with pre-existing conditions and how insurance companies treat patients who are already sick.

If hotness is considered a “pre-existing” condition — and the new bill does allow states the option to opt out — these supermodels could find themselves in big trouble. 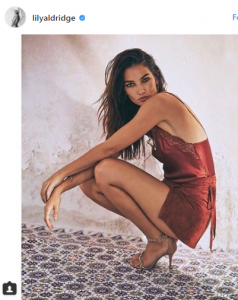