In an effort he said was to remember the names of the patrons he was serving, He decided to use their skin color to help him remember which table the receipt belonged to.

Barnard Bradfield, a 19-year-old African-American waiter at Bubba’s Bar and Grill on Washington, forgot the names of the women he was waiting on during a busy Saturday night service. He identified them as “black girls” on the check to keep track of the table.

Clearly, the 19-year-old said he intended no harm.

He was trying to remember who they were after he forgot their names. When the customers saw it, they were offended and upset. But, there’s a twist to this story, making it much different from similar ones that you may have read. 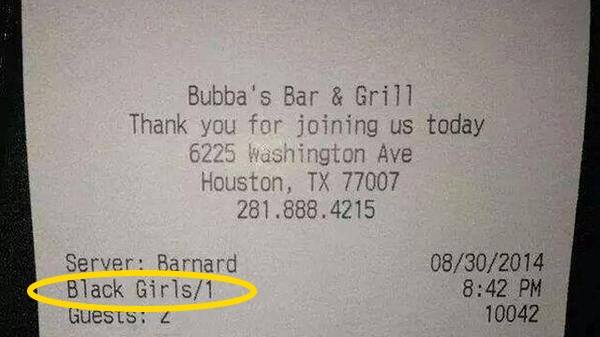 Even so, he was suspended over the so-called lapse in judgment. After his suspension and a lesson learned, he plans to return to work. 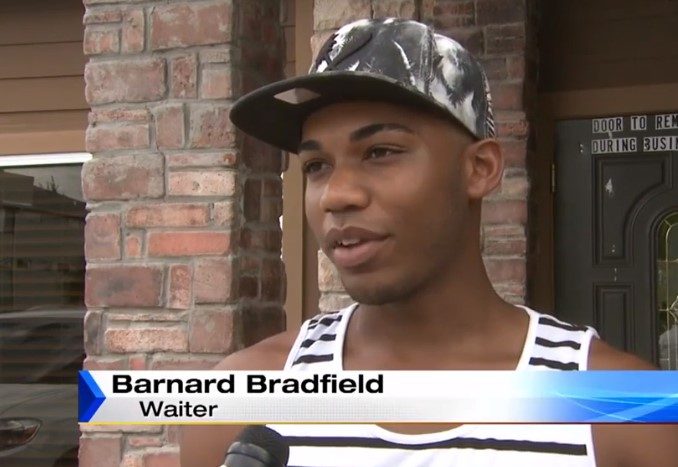 The manager told the local news outlet that the two women who received the receipt appeared OK with the way the restaurant handled their complaint.
“They didn’t make it a big deal. They were upset about it, but they felt it wasn’t personal, that we weren’t trying to be racist,” General Manager Eliud Zapata said.
The receipt was posted online shortly after the incident, and that’s when the restaurant became the target of a social media uproar. 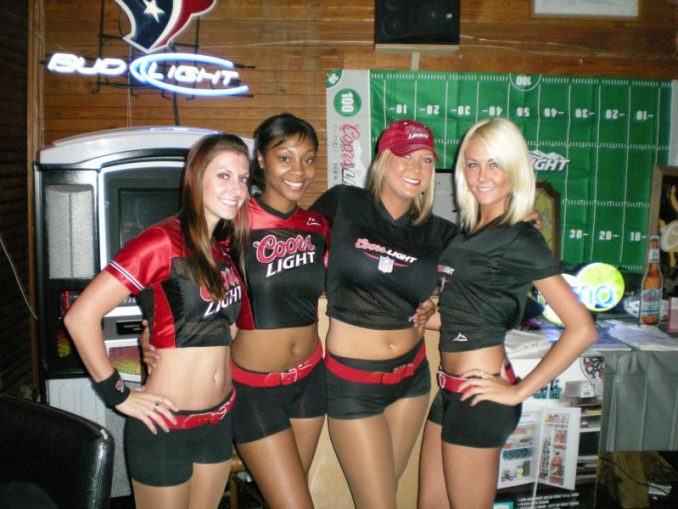 Here’s what the folks online are saying:

“I laughed loud as f*ck! This sh*t is lowkey normal,”
“it is. I’ve done it so many times.”
When questioned about whether such descriptions were “on the ones that y’all give to ppl?”
“If they don’t give you a name and it’s busy, you just gotta go with the obvious!”
“At tables it’s by table # but behind the bar I’ve put everything ‘old guy’ ‘pink hair.’”
“This is why I will no longer go to any place on Washington Ave!!! This (is) not the only place out there that does this,”
“Are they putting different ingredients in our (black girls) food or what?!!!”