Ex-Rep. Anthony Weiner (D-N.Y.) is down and out and emaciated. He recently surfaced on a subway train in Manhattan. The males on either side of him just stared.

As you can see, Weiner’s on a gadget.

At the time of the plea agreement in May, the pervy pol had to turn over his passport and his iPhone. So let’s just hope that’s music he’s listening to.

Weiner popped into the news Tuesday on TMZ. The site says he and his soon-to-be ex-wife, Huma Abedin, have one thing in common: their son, Jordan. They were spotted in a cute family photograph taken in New York City Monday, each gripping one of their son’s hands. 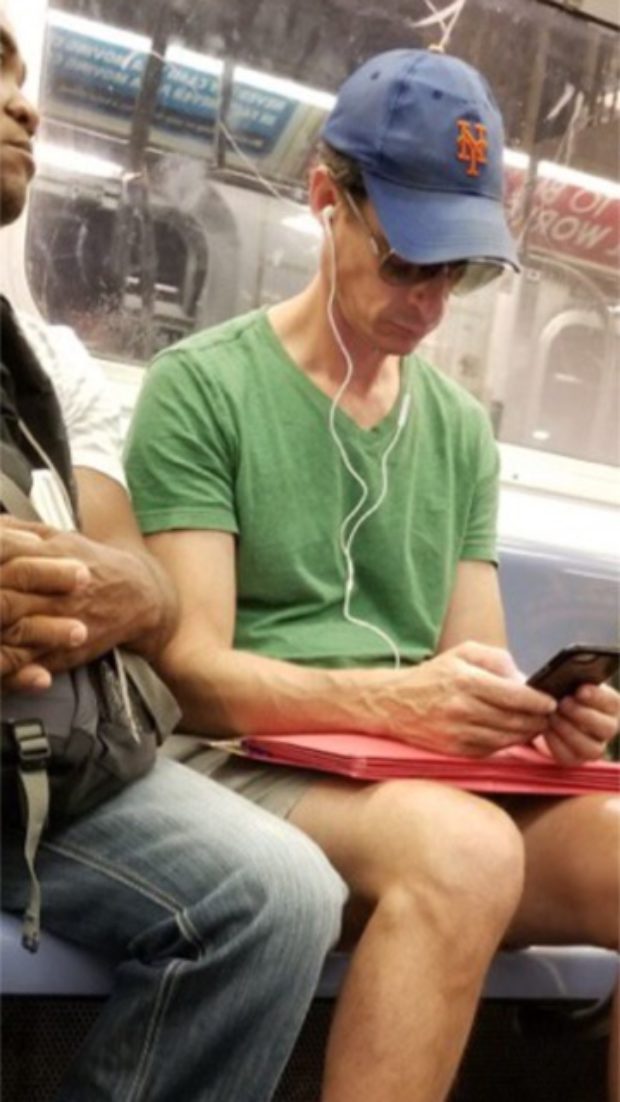 Weiner will be sentenced on September 13 after pleading guilty to sexting with a 15-year-old girl. As a part of his guilty plea, the disgraced politician who once took dick pics of himself from the House gym, agreed to spend two years in prison.

Back in June, the once powerful political couple was scheduled to have their first divorce hearing.

That’s being delayed until after the judge hands down his sentence in the fall.